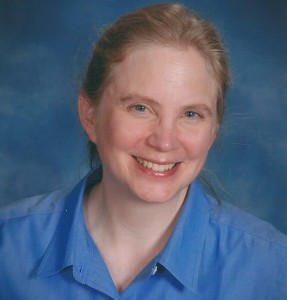 I am interested in the way in which signal transduction pathways allow cells to interpret and respond to external cues during development.  My research largely focuses on the role that the FbxA protein plays in the development of the eukaryotic social amoeba Dictyostelium discoideum.  FbxA is a member of an evolutionarily conserved protein family that regulates cell behavior by targeting specific components of signal transduction pathways for degradation. Malfunctions in this degradation system have been implicated as a potential causative agent in several human diseases, including Alzheimer’s disease, Parkinson’s disease, and cancer.

One current area of interest is a possible role for FbxA in response to the signal molecule DIF, a chlorinated hexaphenone that acts to steer cells towards a specific subset of cell fates, in part by altering the subcellular localization of several transcription factors.  We have also recently begun to explore a potential role for FbxA in regulation of the cell cycle, an effect that seems to depend on FbxA-mediated ubiquitination and degradation of the cAMP phosphodiesterase RegA, and consequent alteration in the activity of PKA (cAMP-dependent protein kinase).  The RegA-PKA circuit appears to be part of an evolutionarily ancient stress response mechanism that originally led to encystation of amoebae and has, more recently, been adapted to serve roles in differentiation and chemotaxis.

Data from former comp projects suggest that the FbiA protein may be another target of FbxA-mediated ubiquitination and degradation.  Proteins homologous to FbiA are found in a wide array of eukaryotes, including fungi, plants, C. elegans, Drosophila, mice, and humans.  The function of these FbiA homologues is, however, unknown.  Hence, further characterization of FbiA’s role in Dictyostelium development (as well as that of its close homologue FbiB) may shed light on the function of another conserved protein family.