2017 Allegheny College Prize for Civility in Public Life in Pennsylvania 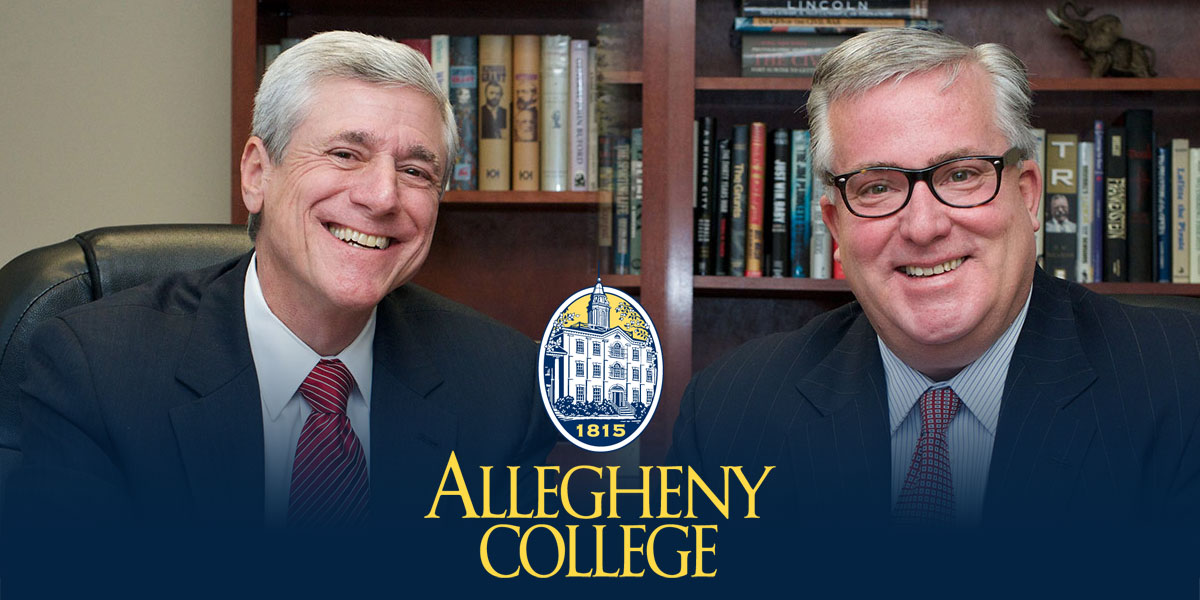 Allegheny College President James H. Mullen, Jr. presented the inaugural Allegheny College Prize for Civility in Public Life in Pennsylvania to Alan Novak and T.J. Rooney, former chairs of Pennsylvania’s Republican and Democratic state parties. The presentation was made during last night’s 33rd Annual Chamber Dinner in Hershey – an annual gathering of 2,000 political, business and labor leaders from across the Commonwealth.

September 19, 2017 (Meadville, PA) – Allegheny College President James H. Mullen, Jr. presented the inaugural Allegheny College Prize for Civility in Public Life in Pennsylvania to Alan Novak and T.J. Rooney, former chairs of Pennsylvania’s Republican and Democratic state parties. The presentation was made during last night’s 33rd Annual Chamber Dinner in Hershey – an annual gathering of 2,000 political, business and labor leaders from across the Commonwealth. Former Governor Tom Ridge, a champion of civility and advisor to Allegheny College on the Prize, was on hand to present the award to the Pennsylvania honorees.

“Civility is part of Pennsylvania’s DNA,” said Allegheny College President James H. Mullen, Jr. “The Founding Fathers who gathered in Philadelphia to discuss Independence had incredible differences. But they argued those differences with civility. That’s what the Prize is all about – proud partisans who compete in the political arena with a commitment to civil discourse.”

“The PA Chamber is honored to partner with Allegheny College to present the ‘Prize for Civility in Public Life in Pennsylvania’ award at our annual Chamber Dinner,” said PA Chamber President and CEO Gene Barr. “Alan Novak and T.J. Rooney are perfect examples of two individuals with vastly different points of view on a variety of issues, yet still communicate their views in a civil and thoughtful manner.”

This event marked the first time Allegheny College issued the award at the state level. Beginning in 2011, Allegheny College created its national Prize for Civility in Public Life to recognize two public figures on the national stage, one liberal and one conservative, who argue passionately but with civility for their beliefs.

“I am beyond words to share Allegheny College’s first Civility Prize in Pennsylvania with my friend Alan Novak,” said Rooney. “Allegheny College is known nationally as an institution devoted to promoting civil discourse. It will forever be an honor to be associated with this award and a cherished memory to receive it during the Chamber’s premier event of the year.”

“This is a humbling moment I never imagined, not because T.J. and I are former political rivals but because the great friendship we discovered despite our differences is simply a natural reflection of who we are and what we believe in at our core,” said Novak. “We want to thank Allegheny College for not only recognizing the need for civility in public discourse, but ‘the how’ in trying to achieve it.”

Novak and Rooney are both veterans within Pennsylvania politics, having previously served as chair of the state Republican and Democratic parties respectively. In the years since their time as party chairmen, they have come together to form a successful company that focuses on consensus building, leadership development and strategic communications. Novak and Rooney’s unique partnership has put them in demand on the speaking circuit – where they give their individual perspectives on the hot political issues of the day. They are regular contributors to the Philadelphia Inquirer’s Sunday Currents section and are also frequent guests on numerous state and national news programs.

“The tone and tenor of the conversations in Washington – and, frankly, in many centers of government across the country – have become increasingly more poisonous,” said Gov. Ridge. “Civility is vanishing, and the consequences are great. The Prize seeks to celebrate civility when we see it rather than lament its absence, in hopes that others will be inspired to hold themselves to a higher standard, just as Alan and T.J. have. Allegheny College has successfully established this Prize at the national level. We are pleased to partner with the PA Chamber to bring it home to Pennsylvania.”

Previous winners of the national award include: Senators Diane Feinstein, D-California, and Lindsey Graham, R-South Carolina, who were recognized in 2013 for their efforts to exemplify civility while leading debate in some of the most contentious issues of that time; the “Women of the U.S. Senate,” who were honored in 2014 for banding together to help end a government shutdown and creating a more civil climate in Washington, D.C.; and in 2016, then-Vice President Joe Biden and Sen. John McCain, R-Arizona, were recognized for the powerful moments of civility they displayed during modern presidential campaigns. The 2017 national award honored the remarkable friendship of U.S. Supreme Court Justices Ruth Bader Ginsburg and the late Antonin Scalia. 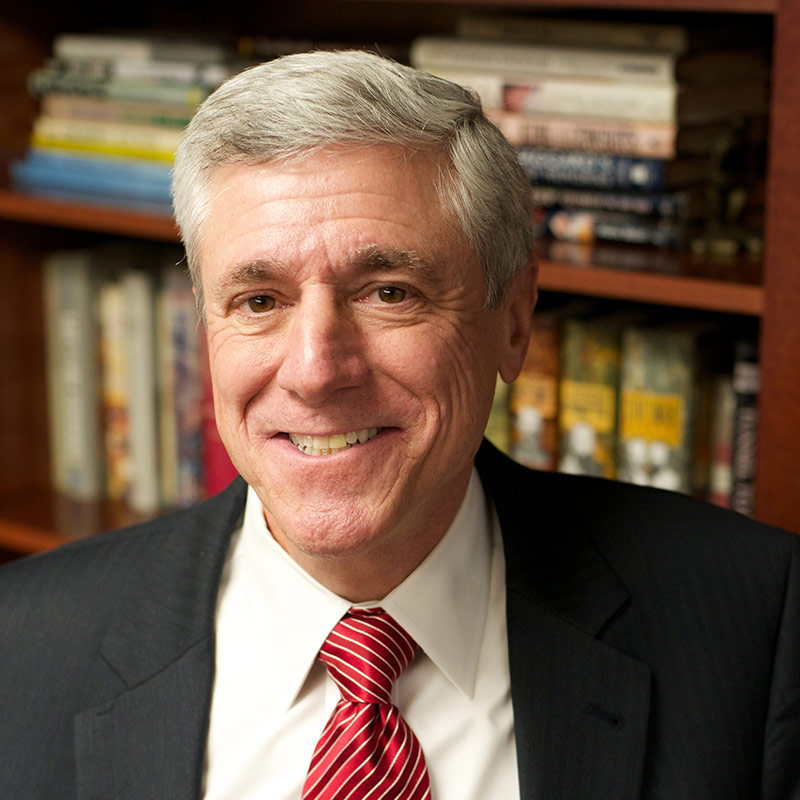 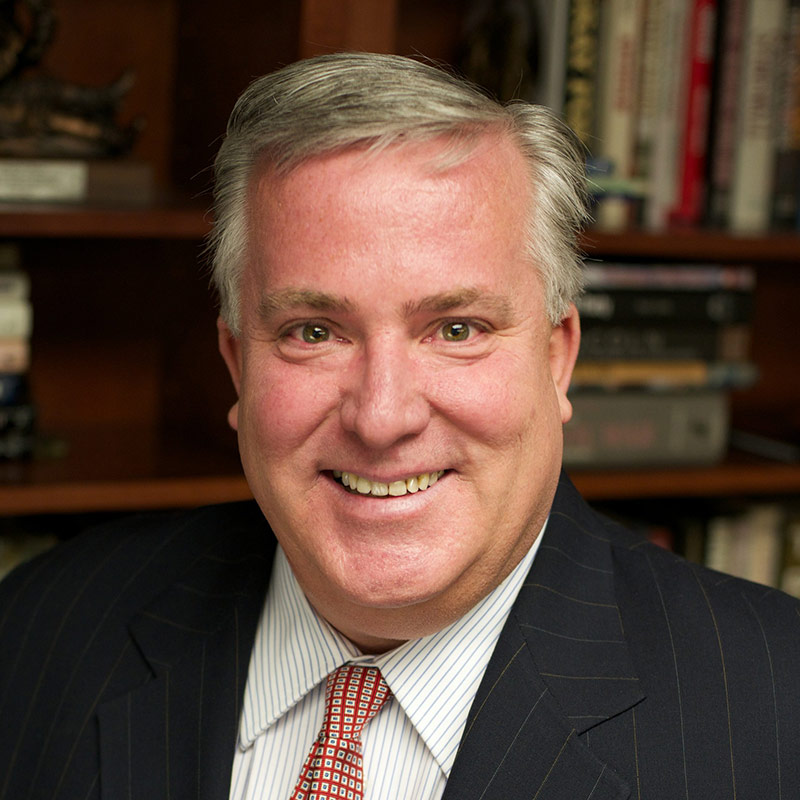