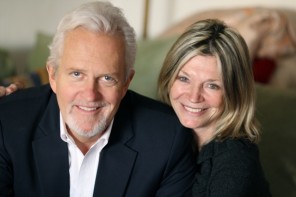 Jack Davies was Founder and President of AOL International, where he led the global expansion of AOL prior to his retirement in 2000. Before joining AOL, he worked as Managing Director of Citicorp’s London-based Citibank Savings, as Vice president, Europe, for RCA Records, and in numerous consumer marketing management positions for General Electric.

Since leaving AOL, Jack has been active in board work and philanthropic efforts. He is a member of the board of directors of Scholastic, the global children’s media company. Jack is a member of the board and the executive committee of Venture Philanthropy Partners, a “venture philanthropy” fund that funds organizations serving low-income children and families in the Washington DC area.  Jack is also a board member of the Economic Club of Washington.  Previously he served on the Board of See Forever Foundation, which serves at-risk teenage youth, and Teach for America DC Region. In addition, Jack is a minority owner of Monumental Sports and Entertainment, which owns the Washington Capitals NHL hockey team, the Washington Wizards NBA basketball team, the Washington Mystics WNBA team, and the Capital One Arena.  As a private investor, he has been an active investor in startup and early stage companies and multiple documentary films.

After graduating from Meadville High School, Jack earned an MBA in Marketing (1973) and a BA in Political Science (1972) from the University of Rochester. He resides in Washington, DC with his wife Kay Kendall and is father to a son, Derek, who graduated from New York University and is co-founder of Neon Gold Records and lives in New York City.