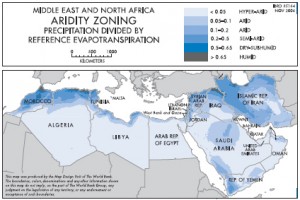 A very deft interplay of human characteristics and foibles overlain upon our stereotypes of animals.  Thus, we meet with mice who taken in homeless animals they really shouldn’t, rodents who fall madly in cross-species love and then run out of things to say to one another once the sex has become mundane, annoying stork adolescents who receive their comeuppance, and so forth.  The book is hard to put down because each story is so short and tasty, but it is best when read one story at a time with long intervals in between.  Treat it like a box of chocolates.  The illustrations by Ian Falconer are wonderful.

A series of related stories about the life of U.S. soldiers trying to get by during the grind of the Vietnam War.  O’Brien wavers across the line between autobiographical non-fiction and pure fiction partly as a tool, I think, to capture the war’s surrealism: dense jungle, extreme heat, young men face to face with unpredictable death, and the camaraderie that comes when living with a small group trapped in a senseless situation.  My one complaint is the book, while easy enough to read, felt too much like a self-consciously highly stylized novel.  A more effective book on the randomness with which death comes to soldiers is The Good Soldiers by David Finkel about one company’s experience over one year in Iraq.

Immediately following the Civil War and the Emancipation Proclamation most  African Americans in the south were subject to what we today would call a campaign of terror.  Any southern black could be subject to beating, harassment, hanging, mutilation, and economic abuse.  Attacks could come with or without warning and as we know today only a handful of terror attacks can create widespread fear and panic.  Witness the consequences of 9/11 or the national psyche of Israel to observe the psychological repercussions.  As a result of severe abuse, forced labor, and economic subjugation that regularly crossed from illegal withholding of pay (re-enslavement) to outright immorality. African Americans fled the south en masse to save their lives.  Isabel Wilkerson documents the lives of these internal migrants, focusing on three individuals, in particular, as they participate in The Great Migration that lasted from the immediate post-Civil War period to 1970.  Along the way she delivers the back story for the ethnic cleansing of blacks from the south, busts some myths about the quality of those that left, and places these migrants within the scope of others who fled economic or political persecution, e.g., the Irish, Eastern Europeans, Italians.  Because of the color of the their skin, however, blacks in the north would wait more than five generations to see any real progress in their lot; a stark contrast to their white immigrant counterparts.   I’m ashamed about what I didn’t know about conditions in the south after the Civil War.  This book should be required reading for every American.

This is a coming of age book set in one of the worst times and places to come of age — Panang, an island off the Malay Peninsula just before the start of WWII.

An aging, blue-haired, naif artist with a secret is killed by an arrow in a small, eccentric village outside Montreal.  An elegant Francophone detective interviews towns people who include among their numbers a flamboyant gay couple running a bistro, a black female psychologist prone to the preparation of flower arrangements with kielbasas at their centers, a belligerent but lovable biddy, and quirky artists.  Together they form a believable community of outsiders entrapped in a much better than average mystery.

Set in Nazi-occupied Europe, this novel, appearing only now in English, is a mid-century masterpiece by the centenarian Keilson, who served in the Dutch resistance.

If I were developing a reading list for newcomers to the Middle East, Amos’s slim but powerful volume would be the last assigned book, the perfect sad coda to a century of tragedy.  (Thomas Lippman, Wash Post)

Using the medium of the graphic novel to great effect, Jason Lutes’s Berlin: City of Stones and Berlin: City of Smoke offer a history of the city in a way that’s accessible and yet mind-opening. All the benefits of a good novel are here: three-dimensional characters, a dynamic plot and a well-drawn setting.

As in the best graphic novels, the pictures expand the story in a most satisfying way. These two volumes were originally part of Lutes’ ongoing comic book series, called, quite simply, Berlin; they offer the reader a history of Germany in the 1930s, in the years leading up to Hitler’s rise to power and the outbreak of World War II. Comparisons, as the saying goes, are odious, but this is equally good — though very different — from Art Spiegelman’s iconic Maus. (Nancy Pearl, NPR)