On the face of it this is the retelling of the life and senseless destruction of a group of marines in the Vietnam War, but, oh, this novel is so much more.  The action is riveting, as is the accompanying strain of anticipation.  It is also realistic:  more soldiers succumb to disease, injury, infections, and friendly fire than to enemy bullets.  The lack of purpose of fighting in Vietnam is brought home by the repeated taking and losing of a remote jungle hilltop called Matterhorn.  We witness the maturation and then existential collapse of 18 and 19 year old grunts extracted from their American homes to kill gooks for no apparent reason.  And we observe the growth of black nationalism and racial awareness as African American recruits are asked by white officers to kill yellow people that have done them no wrong, especially in comparison to racism experienced back home.  Remarkably, Matterhorn also works as a novel.  Characters are complete with strengths and flaws, some fatal and others just annoying.  And though the book may appear to be dauntingly frightening, we care about these soldiers with such fervor, that we finally understand what it means to be in the company of brothers.  The story arcs in the hands of brilliant writing pulling you from page to page, burying you in the lives of Marines asked by their government to win a war of attrition.  The continuing battle so many Vietnam vets faced to maintain their individual humanity post-combat is laid bare.

Ora is worried to the point of illness that her son who has been called up by the Israeli Army for a special operation is going to die.  Rather than sit at home waiting for what she is certain will be the imminent arrival at her front door by men in uniform bearing bad news, Ora strikes a childish bargain with God.  If she is not at home, she calculates, than the Army cannot tell her that her son has been killed. She runs off with a former lover and hikes aimlessly through northern Israel, careful to avoid any sources of news.  While that is the plot it is David Grossman’s incomparable ability to capture the intensity (insanity?) of contemporary Israeli life and reveal the inner workings of a mother with a son fighting in a war that make this book Nobel caliber.  Not to be overlooked is the quality of the translator, Jessica Cohen, who will make you believe you are reading this book in its original language. 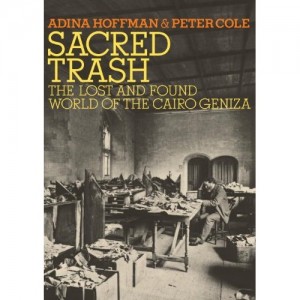