I’ve been experimenting with new recipes, kneading styles, baking temperatures, shapes, and oven configurations.  Here’s a pair of bâtards made with one of my three sourdough starters.  Bâtard in French means bastard or mongrel.  I guess it’s neither a long, svelte baguette, nor a full blown miche, a big round French loaf, but a mongrel somewhere between the two iconic French loaves. Incidentally, miche, when translated, means butt cheek. 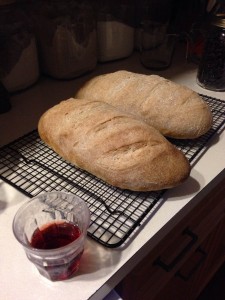 Batard made with a sourdough from Saudi Arabia 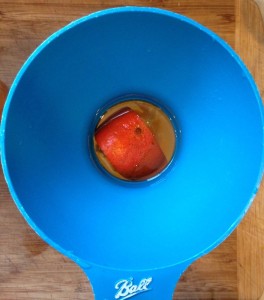 The green tea in this batch of kombucha was imported by my brother-in-law’s Chinese friend.  It is a premium tea, probably worth around $100 a pound.  So I grew my slime on its surface for a week and have just bottled the fermented product with a squish of clementine and diced ginger root.  I am sure this concoction will reverse my hair loss issues.

Joe, the story’s thirteen-year-old narrator, is a Native American living on a reservation in North Dakota.  His mother has just been raped, not unusual as one in three Native women are sexually assaulted in their lifetimes.  His mother is broken, dead in her soul, and yet not alive either.  His father, a judge and legal scholar maintains his grace, but barely, and Joe?  Well, Joe is thirteen, now part motherless child and simultaneously on the edge of manhood.  He is driven by competing desires to bring justice for his mother, to sneak out on his bicycle with his buddies to smoke cigarettes and drink beer, and longing for just one chance to see a woman’s breasts.  As Joe matures, sort of, the mystery of the rapist’s identity is slowly revealed only to be confounded by a crime which occurred in a kind of legal no-man’s land.  The suspect is immune in tribal courts, but it isn’t clear that either Federal or state laws apply either.  Neither the crime, nor the subsequent legal confabulations form the backbone of this story.  Rather, it is Erdrich’s compelling storytelling and richly drawn characters who defy stereotype while remaining true to their native heritage.  Winner of the National Book Award 2013.

It’s hard being female in a Hasidic community.  It’s impossible to question authority in Williamsburg, Brooklyn, inside the dense community of Satmar Hasids.  If, however, you are like the author, Deborah Feldman, both female, and a rebel, then life can be stultifying.  Deborah’s father is a certifiable retard.  Her mother, married to her father by arrangement without ever having met him, leaves the community soon after Deborah’s birth and is shunned.  Deborah is raised by rebbe-fearing relatives and devout grandparents, psychologically burdened Holocaust survivors.  Deborah chafes beneath the straightjacket restrictions of orthodox life: no secular education, no reading in English, no speaking with the opposite sex, no post-high school education.  No thinking.  Only faith.  As we watch Deborah crumble under the weight of it all, and as her anger (and anxieties) increase, the rebel in me also raised some questions.  Without doubting Deborah’s personal misfortunes, I began to wonder what part of Hasidism is appealing.  To Deborah, the entire religious community is out to squash her like an ant crawling aimlessly on a Brooklyn sidewalk, but surely some men and women must find orthodoxy satisfying.  Why?  If Deborah wasn’t so equally close-minded as her adversaries, might there be a middle ground.  Apparently, her forthcoming book, Exodus, asks some of the same questions.

This is a collection of Patchett’s non-fiction essays, all previously published.  Well-written, autobiographical, unresearched, and self-aggrandizing.  Patchett is not only a strong writer, but she knows it and insists that you never forget it.  The second essay of the book, the longest, too, is advice to wanna-be writers.  Patchett’s bottom line is that to succeed as an author you must be really good, and by strong implication, as good as she is.  Not much encouragement there.  She has an essay about leaving her first husband and another about agreeing to take back her second husband.  It takes courage, I’m sure, to expose your marital difficulties in print, but given how reliably Patchett insists she is faultless, it is somehow understandable why her marriages have been problematic and less than comprehensible how she chose the title of her book. 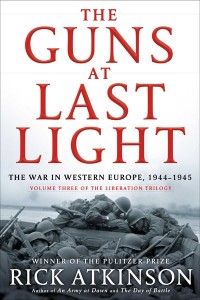