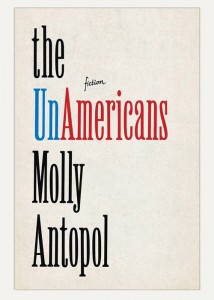 Eight short stories about young and old Jews in America and in Israel and every character elicits your sympathy.  Antopol starts her stories in the middle of a discussion you might have just dropped in upon and within moments you are riveted by people so real, angst so visceral, and tension so necessary to resolve it is at once remarkable it is only a story that you are reading and even more exceptional that it is a short story at that.  In one, a pair of brothers living in Israel must come to terms with the fact that the younger, less talented, and less capable has saved the life of the older, more handsome, and more successful-in-every-way brother.  In another, a B-grade actor is released from a year in jail after getting caught up with communist actors and directors during the McCarthy era.  A young Israeli, in a third story, is, forced home to live with her parents when her overseas career as a journalist burns out but falls in lust with a slightly older widower who has a troubled teenage daughter.  How would you balance an unexpected love affair, fizzled career hopes, your parents, and a teenager living her despairing father and without her mother?  Neither the plotlines, nor the list of protagonists does justice to this series of stories that all seem to revolve about a single aphorism.  “Be careful what you wish for.”  A must read of a young author’s first book — Antopol is in her early 30s.