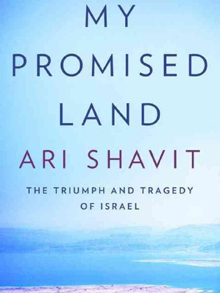 Israel is threatened, and always has been, from within and without.  Beyond its borders are hundreds of millions of Arabs, and 1.5 billion Muslims, most of whom would be happier if Israel did not exist, and some of whom are working hard to acquire the nuclear capability to make that wish a potential reality.  Within the country’s borders (I know, I know, even their borders are fuzzy), reside an internal, and justifiably unhappy Israeli Arab population, a rapidly growing ultra orthodox group of Jews that control too many state decisions, fanatical settlers, a million Russian immigrants of questionable loyalty to Israel’s original visions of itself, high-tech millionaires indifferent to the plight of the growing underclasses, and a collective malaise brought about by a hundred years of nearly continuous warfare.  Shavit displays each worry beneath a bright light and uncovers additional concerns that few native Israelis have paused to consider.  Most notable is that the very premise of Israel from Day One of the earliest Zionist Congresses  is that Israel was a land of occupation and settlers.  Overtaking the West Bank and Gaza was only a continuation of a Jewish plan to escape the ashes of pogroms, centuries of ghettoization, and the Shoa by taking over another people’s land.  A lot like Western occupation of the Americas.  Like many Israelis themselves, Shavit is loud, arrogant, compassionate, argumentative, insightful, and brilliant.