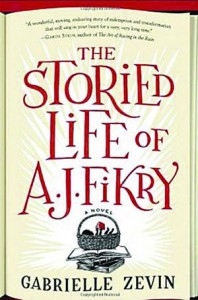 A fluffy little book with likeable enough characters, a soap-opera plot, and enough references to classic book titles that prove the author not only paid attention in class, but was surely one of the kids that preferred to be reading than anything else.  A.J. Fikry, a grumpy owner of an independent bookstore on an island off Cape Cod that can only be Martha’s Vineyard, is headed for death by drinking and the general slovenly-ness that befalls men who do not have women to keep them in order when he is handed a surprise that turns his life about.  The surprise reads classic books, makes others read classic books, reignites Fikry’s passion for classic books, and former English majors reading Zevin’s text will feel smug because they will happily catch all the references to their days when they, too, should have been paying attention in class. 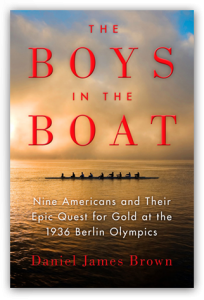 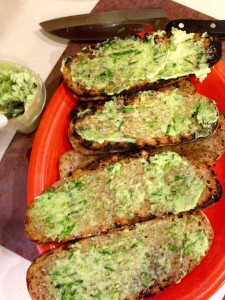 We started with a two-day-old, no-knead light rye bread baked with millet and oat groats.  After painting each slice with olive oil, we toasted them on the grill.  Then we schmeared each toast with a compound butter with chopped, spring garlic scapes, minced chives, and grated parmesan following the recipe set by Melissa Clark in the New York Times.  We ate so many we almost couldn’t eat dinner. 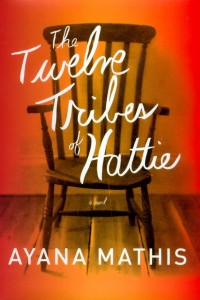 This first novel captures the bleak experience of Hattie, the black mother of a dozen kids, who has come north as part of The Great Migration.  Escaping Jim Crow south to settle in Philadelphia and struggling to keep her head above a rising tide of poverty, poor relationships, wayward children, and a philandering husband, we read a series of loosely tied short stories about each of Hattie’s children.  The painted pictures are rich with detail and character but poor Hattie is the bible’s Job.  She is tested over and over and while she manages to maintain her pride, I was beaten down in the process. 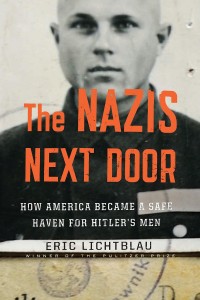 Even before WW II came to a close the United States was already preparing to admit Nazis into the country.  The horror, of course, is that even though the practice lasted for years beyond the war’s conclusion, Jews who had survived the devastation were still isolated in concentration camps and camps for displaced persons.  Palestine, the U.K., and the U.S. forbid their entry.  Unfortunately, Lichtblau is so blinded by his outrage that he fails to paint a larger picture.  He never explains why American leaders were so obsessed by their anti-Communism that they felt it essential to employ every possible weapon at their disposal to stave off the Russians.  Those weapons included nuclear warheads, proxy wars around the globe, spies of every type, dirty tricks, and the drafting of former Nazis (before the Russians could draft the same ones) to develop even more aggressive tactics.  Rather than feeling unabated anger over American cohabitation with arch enemies, I was left wanting to know more about the anti-Communist mania that overtook the country.  It does not help that Lichtblau considers every Nazi party member to have been a mass killer.  No doubt, some were integral parts of the Nazi killing machine, but not every party member is a full supporter of every policy any more than every American who voted for Bush or paid her taxes or worked in his government, say a lifelong Republican worked in the Department of Commerce for 18 years, thought that America’s demolition of Iraq was a wise plan. 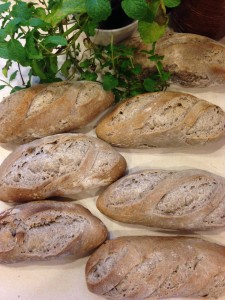 I need to work on my consistency.  Some of my slashes expanded perfectly and others, meh. These were interesting loaves on a couple of accounts.  The buckwheat gave the breads a bluish tint.  Also, I used Saudi Arabia starter.  Usually Saudi Arabia doesn’t make light breads, but these were great.  In contrast, a pair of full-length baguettes I made with my Meadville starter on the same day turned out too pasty-tasting to even post a picture.  Isaac had to turn those into bruschetta.  So much to learn.