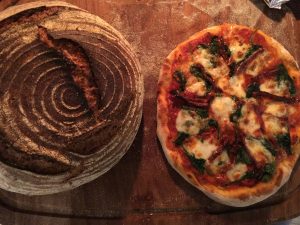 One of the amazing things about sourdough is that you can begin with the same starter, add the same ingredients and just by altering the method of kneading, raising, and baking you can produce such different products.  Same batch of starter made the boule on the left and the pizza crust on the right. 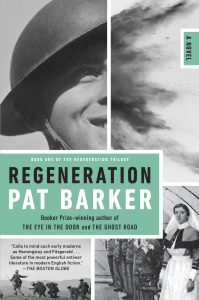 Most of the action takes place away from the European trenches of World War I.  Instead, Dr. Rivers uses the new field of psychoanalysis to repair the shredded psyches of young British soldiers damaged by their experience.  Soldiers in his psychiatric hospital have spent months standing in freezing water, watched their friends disemboweled by exploding shells, inhaled mustard gas, and charged across barbed wire at night in hopes of knifing another young man. Many have simply stopped functioning.  They stare, stammer, rock, dream while awake, and scream through the night.  Dr. Rivers compassionately encourages his charges to speak of their horrors and slowly nurses them back toward health.  The catch being that when he succeeds the soldiers are returned to the front and we are left to ask whether the continuation of the war is sufficiently justified that young men should be reused like cleaned-off bullets.  In the case of WW I, we know a soldier’s life expectancy on the front is on average only a few weeks and that young German soldiers are suffering the same traumas, but we also know that acquiescence to German aggression has consequences. 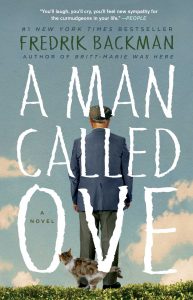 Ove awakens at the same hour every morning and sees no reason to change any part of his routine that begins with close inspection of his immediate neighborhood.  He scoffs loudly enough for everyone to hear him at a younger generation raised without learning to fasten the right screw into a wall.  Cars should never be permitted where signs prohibit them, snow has to be removed immediately from walkways, foreign-made cars cannot be trusted.  Ove, however, is also an immovable barrier standing grumpily and mightily with his back to his friends and family facing down any and all that might cause them harm.  It makes most sense to hear his stories firsthand.  Go meet him and don’t be put off he growls at you.