There’s a reason this book won the Whitbread Award for best book of the year, one of Britain’s most prestigious literary awards. It captures the huge themes of racism and class by examining the minutiae of the lives of just four characters: two Brits and two Jamaicans who are struggling to live in England immediately following World War II. The book succeeds because it reads like a play with perfectly captured dialogue and emotion. In fact much of the action takes place inside a single house as if the house were a stage. The Jamaicans leave their home island because it is too small and confining only to discover that England is also a small island. Cold, too. June 2005. 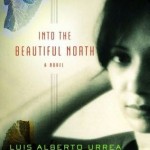 Three spritely teenage girls and an ebullient gay restaurant keeper from the fictitious town of Tres Camarones (Three Shrimps), Mexico make their way to Tijuana. Their goal is to sneak into the U.S. to retrieve men who have left their coastal village defenseless against narcos. It is a comic book approach (without pictures) of the dehumanizing life of poor and emigrated Mexicans while at the same time a celebration of native Mexican culture. June 2009.

The dismal lives of Haitian peasants working for insensitive Dominicans goes from bad to worse in this depressing story that feels like an early Danticat work; something from before she really shined in books like The Dew Breaker and Breath, Eyes, Memory (an Oprah book I haven’t read.) In Farming of Bones, Danticat’s Dominicans are stock characters. Her Haitians are three dimensional. Even not at her best, Danticat is worth reading, if you’re in the mood to feel sad. October 2006..

Danticat impeccably captures the voices and inner thoughts of Haitian peasants, and first and second generation Haitian immigrants to New York and Florida. Violence lingers in the background of the story as it does in real life in a country ruled by dictators, which makes the book readable, rather than gruesome. There are several literary references to lost sight, deafness, and voices gone silent, reflections, I believe, on Danticat’s view of the Haitian plight. Characters are complicated mixtures of emotions and priorities. I listened to this book narrated by Robin Miles who distinguished half a dozen Haitian accents so effectively that I felt I knew each protagonist personally. The book is understated, rather than a two by four, subtle and complex enough that it should really be read twice or by a book club. May 2006. 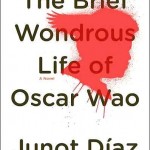 What a masterful, entertaining (if one can use such a word for such despicable deeds), and unique way of telling the story of Trujillo’s dictatorial devastation of the Dominican Republic and the impact it continues to have on the Dominican Diaspora.  Oscar Wao, the protagonist, is a nerdy, Dominican fan of Sci Fi growing up beneath the dark shadow of his homeland and his mother’s experience of political tyranny.  Oscar’s tribulations taught me much about the Dominican experience in the U.S. and on the island.  June 2009.

About a Peruvian hostage crisis and a love affair between two hostages, one of whom is an extraordinary opera singer. My father, mother, and sister-in-law loved the book. I couldn’t get into it. I didn’t really care about the characters enough.