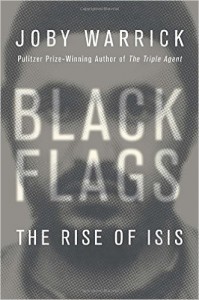 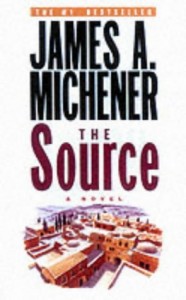 Written in the 1960s, The Source still stands as a definitive work on the history of  the Jews, that is if you accept the plot as being dated from the Rock Hudson – Doris Day era of romance and simply a tool for delivering key concepts.  More than just Jewish history from Abraham to the present, Michener captures the evolution of the relationship between God and man from the time when a single, inanimate God was invented 6,000 years ago to the present day conflict between religious and secular in Israel.   A work of fiction soundly grounded in historical and archaeological fact.  February 2010.

A larger-than-life father, a household dictator, terrifies his 1920s Cairo household into submitting to his divine will. Divine, in the sense, that his actions are supported by the expectations and practices of Islam. His wife is so subservient, neither she nor her two daughters, have left the house for twenty-five years. Yet, Dad, as strict as he is spends his evenings drinking and carousing with women. While he is gone his three sons make their way in the world and share their visions with the women of the house. If strict Islamic domination of women and children is hard to bear, Mafhouz’s detailed descriptions of life in the house and on the blocks surrounding it in Cairo in the 1920s are so luridly painted I have to believe that his family descriptions must be equally accurate. Written in 1965 before political correctness might have softened his writing, the book works as living history. Despite a somewhat stodgy translation I can see how Mahfouz is destined to become a Nobel laureate. August 2008.

A well-researched post 9/11 thriller with Middle Eastern jihadists sending dirty nuclear bombs toward American ports while being hunted down by an Israeli secret agent, an FBI operative, and a 30-something, good-looking female reporter all operating outside legal channels. Red Sea is Benedek’s first novel and it isn’t anywhere as smooth as the more accomplished masters of the genre like LeCarre and Crichton, but she’ll get better with time and the book is still a decent enough page turner. April 2008.

Ostensibly there is a plot based on the return of a Turkish exile to his small eastern hometown where the national debate about the politicization of women’s headscarves has reached a murderous pitch. Secularists and Islamists vie for supremacy while teenage girls commit suicide unable to bear the pressure placed literally on their heads. But the story is Absurdist. Characters appear and vanish without reason. Their thoughts and actions illogical, unpredictable, and without respect for the hours of the day, at least as we consider time in the West. Pamuk may have won the Nobel Prize, but after 200 pages I was too lost, smothered by the protagonists’ despair, and frustrated to continue. Febuary 2009.

You know at the beginning the story will end with planes flying into the World Trade Center, but Wright’s recounting makes the book a suspenseful thriller, nonetheless. His explanation of the rise of Al Qaeda from the writings of a disgruntled Egyptian expatriate to Osama provide context hard to find in the media. The psychoanalysis of Osama and his cult-like followers is especially insightful. March 2007.

An unbelievably informative book about the transformation of the Ottoman Empire through World War I into the colonial prizes carved up by Western Europe into the countries that now form the modern Middle East. It is full of the origins of today’s conflicts and differences between Iran, Saudi Arabia, Jordan, Israel, Syria, and Iraq and is filled with characters whose names are famous, but whose activities during this time period I knew nothing about, e.g., Churchill, Lawrence of Arabia, the House of Saud (to become today’s rulers of Saudi Arabia), and King Abdullah, whose descendants still rule Jordan.

A memoir in graphic novel form of growing up under Ayatollah Khomeini in Iran. It’s a good introduction to the history of the era and a fine description of living as a liberal beneath the feet of an autocratic religious regime with their minions of spies and enforcers. The comic book format makes for a very quick read, but the storyline is too superficial. January 2006.

This is Marjane Satrapi’s second half of her graphic (comic book) memoir of life as an Iranian exile in Europe as a young teen followed by her return to Iran as an older teen. It is more personal, and therefore, more compelling even then Persepolis 1, especially the second half of the book about life in Iran after the eight-year war with Iraq has ended. August 2006.