Allegheny College announces a new Law & Policy Program for students!  A key component of that concentration includes internships, lectures, and conferences sponsored by the Jackson Center.

May, 2015 Continuing Legal Education session on the legacy of the Voting Rights Act of 1965 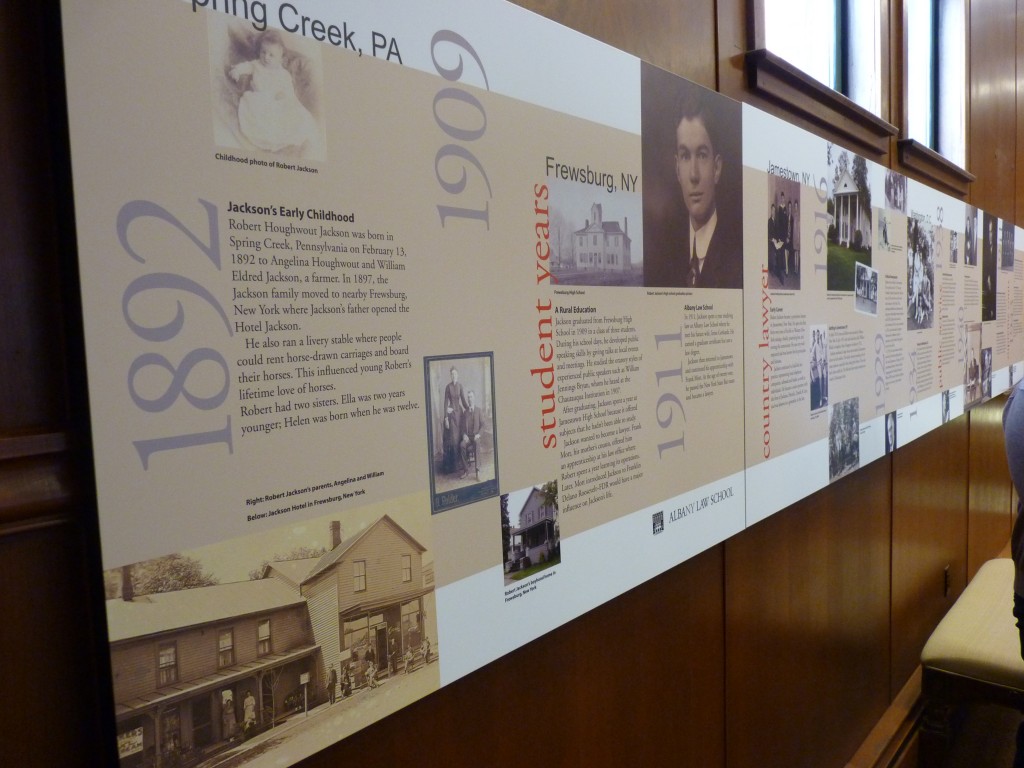 Warren, Pa.–Join the Robert H. Jackson Center, Warren Public Library and media-makers Lisa and Richard Gensheimer of Main Street Media for the debut of their highly anticipated documentary Liberty under Law: The Robert H. Jackson Story on Friday, Oct. 12, at 7 p.m. at the historic Struthers Library Theater in Warren, Pa. The film chronicles the life and legacy of Robert H. Jackson, U.S. Supreme Court Justice and U.S. Chief Prosecutor at the Nuremberg trials. Through the generous sponsorship of United Refining, tickets for this exclusive event are free and available at various locations throughout the community and at the door on the night of the event.

From rural America to President Franklin Roosevelt’s inner circle, Robert H. Jackson becomes solicitor general, attorney general, U.S. Supreme Court Justice, and Chief U.S. Prosecutor of the most important international trial in history. Through the life of this remarkable American, the film examines the reaches of presidential power during wartime; the tenuous balance between civil liberties and national security; and the global application of international law.

Over the course of their work, the producers visited numerous archival collections where they secured hundreds of images, documents, and newsreels. On-location scenes in forests and farms in northwestern Pennsylvania and at the U.S. Supreme Court in Washington, D.C., were also filmed during the producers’ exploration of how Jackson’s early life in rural Pennsylvania and southwestern New York influenced his character and, ultimately, his contributions to the world.

The evening will begin with a panel discussion with Jackson experts, some of whom are featured in the film, followed by the film screening at 8 p.m.   A dessert reception with the producers and panelists will immediately follow, sponsored in part by Allegheny College and Allegheny Cellars Winery, which will be providing wine tastings.

Other event sponsors include Whirley DrinkWorks and PNC Bank, who have contributed toward the purchase of Robert H. Jackson: New Deal Lawyer, Supreme Court Justice, Nuremberg Prosecutor, a biographical account of Jackson’s life by Gail Jarrow.  The books will be distributed at the event to advance the mission of the Warren Public Library.

“Many young people growing up in rural areas do not realize that they have the same opportunities to achieve their dreams. Their expectations are too low. They don’t dream big enough. And yet there are examples all around them, right in their own backyard, stories of people like Robert Jackson who, without the benefit of money or even a formal college education, made a major contribution to the world,” said producer Lisa Gensheimer.  “If these stories are presented in an engaging way, we might just inspire a new generation of citizens who will make our country, and the world, be all that it can be.”

The documentary was funded, in part, by the Pennsylvania Humanities Council, the Pennsylvania Historical and Museum Commission, and the Community Foundation of Warren County, with support from the Robert H. Jackson Center in Jamestown, N.Y., and the Warren County Historical Society, Warren, Pa. For more information about this or other events, call the Robert H. Jackson Center at (716) 483-6646.