When Nathan Lewis came back from Iraq in 2004, he noticed things were different for him.
“You go to war, (and) you come back changed,” Lewis said.

Lewis didn’t let the change overcome him in a negative way. While he was a student at State University of New York at Potsdam, he became involved with the Iraq Veterans Against the War (IVAW), an advocacy group of active-duty U.S. military personnel, Iraq War veterans, Afghanistan War veterans and other veterans who have served since the Sept. 11, 2001, attacks who were opposed to U.S. military in Iraq from 2003-11. On the weekends, the group came together and cut up uniforms to turn into paper for artwork and writing projects. It became a therapeutic outlet for Lewis and his group.

This week, Lewis has shared the paper making process with Allegheny College students as part of Combat Paper: Words Made Flesh. This week-long program is geared toward veterans issues, including art, dance, lectures and panels on a broad number of subjects such as psychology, returning home and military/civilian divide.

Uniforms are cut into postage stamp-sized pieces, then moved into a beater. The beater is a trough filled with water which will turn the cloth pieces into pulp. The only change to the original process since 105 A.D. is Lewis has added a small electric motor to the beater.

The pulp is then moved to a tray, where a frame is dipped into it and sifted, similar to panning for gold. Once a layer of the pulp is gathered, the frame is removed, the water is drained and the paper is pulled off into a sheet onto a press. Once pressed, the sheet of paper is stuck to glass to dry into a sheet of usable paper.

Once the paper is dry, veterans, Allegheny College students and members of the community draw pictures, write poems or provide other artistic endeavors on the recycled uniforms. Lewis said paper making has been picked up as a therapeutic tool by military hospitals and the United Service Organization, a nonprofit organization also known as USO that provides programs, services and live entertainment to U.S. troops and their families.

“It helps vets to tell their story,” Lewis said. “They go through this intense experience (war), and it helps to listen.

The paper making process ended Thursday, but veterans and community members are invited to design artwork today from 10 a.m. to 4 p.m. at the Bowman-Penelec-Megahan Art Gallery inside the college’s Campus Center.

Allegheny College art professor Steve Prince was instrumental in bringing Lewis to campus for the week. Prince called Drew Cameron in California, director of the national Combat Paper Project, to schedule a workshop, and in turn was put in touch with Lewis, who is one of the project’s paper makers on the East Coast.

Prince said the week is an interdisciplinary approach with the art, dance and panels. The big question Prince had about veterans when planning the week was, “How do they get reintegrated back into society and how can we help with the process?”

A gallery of combat paper artwork begins on display Saturday through Oct. 28 at the Bowman-Penelec-Megahan Art Gallery. At the gallery opening on Saturday at 5 p.m. at center, there will also be performances by dance and movement studies students, and vocal and music students.

Prince said combat paper was sent to 26 renowned artists with a request to contribute artwork for the gallery. The pieces will be displayed prominently along with pieces done this week by students and community members.

Allegheny College senior Sam Stephenson is an English major from Portland, Ore., who plans to enter the Marine Corps as an officer following graduation. Stephenson was at the workshop as a member of one of Cheryl Hatch’s journalism classes. Stephenson said he could see where the combat paper would be useful to veterans in the healing process.

“(They are taking) a tool of the military and bridge that gap between military and civilian and make art,” Stephenson said.

“I like the way they’re taking something military and turning it from memorabilia and making something productive,” said sophomore Meghan Wilby, another member of one of Hatch’s classes, who is also participating in the workshop.

Colorado’s Kali Albern, an Allegheny art student, said she has made paper before but never from uniforms. But she enjoys the concept.

“Although it has symbology, because we don’t know what it will be used for, it has its original purpose and can now be used for beauty,” Albern said.

Though Lewis said he has gotten as much therapeutic benefits from making combat paper as he possibly could, he enjoys sharing the experience with students and other veterans and performs four workshops per year.

By Konstantine Fekos, The Meadville Tribune 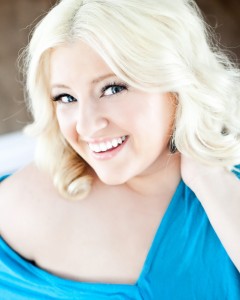 Diane Kalinowski’s road to the inaugural Elizabeth Connell Prize, an international singing competition culminating this fall in Sydney, Australia, has been a joyous one despite the considerable effort and near-hectic time management required to advance.

The Cochranton native and voice instructor at Allegheny College has not allowed herself to crumble under pressure, however.

Instead, she has prepared diligently for her first trip overseas, where she will compete on Sept. 13 with four other sopranos worldwide for a monetary prize and an operatic audition in London.

“At this point, it’s mostly about keeping myself healthy while earning a living so I can still afford to go,” she said. “I’m recording myself and practicing as much as I can without exhausting my voice.”

Kalinowski rode the success of her performance in the semifinals, held at the Metropolitan Opera in New York City last month, right back into her full-time position as a paralegal/legal secretary at Steptoe & Johnson PLLC in Meadville, juggling her work and practice along with an exercise regimen and giving her regular private music lessons.

“Performing at the Metro Opera was like going to Valhalla or something,” she said. “It was just surreal being there.”

Making breakthroughs with her music students and acting as somewhat of a visual advocate for the operatic arts has kept her spirits high throughout her difficult endeavor.

“People love to say opera isn’t accessible to the average person, but it is,” she said. “It’s fun to see that lightswitch go on. I love making that happen for people.”

While she prides herself as being harder than most to rattle, Kalinowski has admittedly found parts of the overall competition overwhelming and has concentrated on taking the challenge one step at a time.

“I’ve been more focused on trying to be as prepared as possible,” she said. “It’s the only thing you can control.”

Most of what helps keep Kalinowski cool under pressure involves her team of expert coaches as well as her familiarity and level of comfort with the material she performs.

Giving her both vocal and orchestral viewpoints of direction have been Vicki and Ward Jamison, music instructor and longtime conductor for Allegheny College, respectively.

“They’re an impeccable team,” Kalinowski said. “As a soprano, Vicki gives me the view of the singer, which provides aspects I need to perform, and Ward brings a conductor’s background. We (singers) don’t normally think the way that conductors do sometimes, so their combined expertise has been invaluable.”

Kalinowski has also worked with Allegheny dance instructor Betsy Sumerfield, who has helped her maintain natural poise and physical expression when performing her material.

“She makes me tell the story in a way I would in real life, rather than play a stiff character on stage,” Kalinowski said. “We just have fun.”

As per the competition’s requirements, Kalinowski has prepared four arias, expressive pieces of operatic music, and one orchestral piece, which have held special meaning or familiarity for her.

“I can’t really nail down a favorite, because it changes about every five minutes,” she said with a laugh. “I’m keeping the material fresh in my mind at this point. I’ve been singing some of these for about 10 years.”

One piece in particular that resonates with her Czech heritage is translated as “Song to the Moon” from the opera “Rusalka,” by Antonin Dvorak, the concept of which has provided a loose basis for elements that appear in the fairy tale “The Little Mermaid,” Kalinowski said.

She will perform this and other competition pieces at an open dress rehearsal today at 3:15 p.m. in Allegheny College’s Shafer Auditorium.

“These pieces hit home for me,” she said. “They’re natural for my voice and some of my favorites.”

While looking ahead at the final hours of her latest competition can be rather daunting, Kalinowski has considered a future in operatic competitions and hopefully auditions after she returns from Sydney.

“I’m just elated to have gotten the boost of confidence from being chosen as a finalist,” she said. “I’m taking the criticism and advice from my coaches and past judges and trying to build on that.”

Ultimately, her placement under the Elizabeth Connell Prize competition will have been more about improving her skills and competing with herself than other contestants, she said.

If she takes home the prize, she will put greater thought into otherwise expensive plans, including future trips and auditions, while she still feels her voice is technically sound.

Konstantine Fekos can be reached at 724-6370 or by email at kfekos@meadvilletribune.com.

Voice instructor Diane Kalinowski was recently awarded one of eight prizes in the Alfredo Silipigni Vocal Competition at the New Jersey State Opera. The preliminary rounds of the competition were held in New York City, Philadelphia and New Jersey, where 125 singers competed for a spot in the semi-finals. Kalinowski was one of 34 semi-finalists who competed at New Jersey State Opera on April 27 and ultimately one of eight winners. As part of the prize, Kalinowski will perform in the winners’ gala concert with orchestra on June 1 in New Jersey. She began her study of voice with Vicki Jamison, instructor of music, and continues to coach with Vicki and Ward Jamison.

Adjunct Voice Instructor Diane Kalinowski was recently awarded one of two grand prizes in the LaDue Professional Recital Competition at Rochester Lyric Opera. As part of the grand prize, she will perform a shared recital in Rochester, New York, in April. Established to honor the memory of G. William LaDue, a Rochester native, the competition celebrates the artistry of singers who have dedicated themselves to the vocal arts.

MEADVILLE, Pa. – April 21, 2009 – The Allegheny College Wind Symphony and Wind Ensemble, under the direction of Professor of Music Lowell Hepler, will present a free concert on Sunday, April 26 at 3:15 p.m. in Shafer Auditorium on the Allegheny College campus.

The Wind Symphony is a 93-member symphonic band with membership open, by audition, to all Allegheny College students. The Wind Ensemble is a select 43-member ensemble chosen by audition from the Wind Symphony. In addition to performing on campus, the Allegheny ensembles in past years have toured the eastern, southern and midwestern United States.

Sunday’s program will feature music for a broad range of tastes. The Wind Symphony will open the concert with “Procession of Nobles” by Rimsky-Korsakov, “Overture to The Royal Fireworks Music” by Handel, “Country Band March” by Ives and “The Hounds of Spring” by Alfred Reed. The Wind Ensemble will then take the stage to perform Rossini’s “Fantasia” “Una Voce poco fa” and “Blue Shades” by Ticheli. Soloist for the Rossini “Fantasia” will be bassoonist Julie Hepler of the Allegheny music faculty. Hepler teaches applied clarinet, saxophone, oboe and bassoon, as well as introductory and advanced music history courses. She performs frequently with the West Virginia Symphony Orchestra.

The Wind Symphony will also perform “Elsa’s Procession to the Cathedral” by Wagner, “Puszta” by Van der Roost and “Rolling Thunder March” by Fillmore.

Professor of music and director of bands at Allegheny College, Hepler is a frequent guest conductor for music festivals ranging from county through All-State levels. He is principal tuba with the Erie Philharmonic Orchestra, the Lake Erie Ballet Company. He is also a frequent adjudicator for Pennsylvania Music Educators Association solo and ensemble festivals.