Oct. 10, 2012 — The Single Voice Reading Series at Allegheny College will continue on Wednesday, Oct. 17, with readings by Alexis Levitin and Salgado Maranhão at 8 p.m. in the Tillotson Room of the Tippie Alumni Center. The reading is free and open to the public. 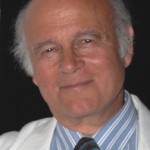 Alexis Levitin has published 31 books of translations, including Clarice Lispector’s “Soulstorm” and Eugénio de Andrade’s “Forbidden Words” (both from New Directions). He recently co-translated “Tapestry of the Sun: An Anthology of Ecuadorian Poetry,” and he is also the editor of “Brazil: A Traveler’s Literary Companion.” His most recent book is Salgado Maranhão’s “Blood of the Sun.”

Levitin has been awarded two NEA translation fellowships and two Fulbright Lectureships, as well as residencies at the Banff International Literary Translation Centre, the European Translators Collegium in Germany and the Rockefeller Foundation retreat at Bellagio, Italy. He is a SUNY Distinguished Professor at Plattsburgh State.

Salgado Maranhão is one of Brazil’s leading contemporary poets. His collected

In addition to eight books of poetry — including “The Snake’s Fists,” “The Kiss of the Beast” and the recent “Tiger’s Fur” — he has written song lyrics and made recordings with some of Brazil’s leading jazz and pop musicians.