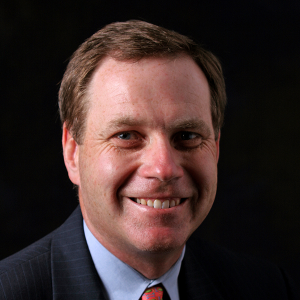 James H. Mullen, Jr. became the 21st president of Allegheny College on August 1, 2008. With more than 30 years of experience in leadership roles in higher education, and a keen appreciation for Allegheny’s history and traditions, he is continuing the work of earlier presidents in building community while at the same time enhancing the College’s reputation as one of the nation’s preeminent colleges of the liberal arts and sciences.

During Dr. Mullen’s tenure, Allegheny celebrated its bicentennial and also publicly launched the largest comprehensive fundraising campaign in College history, both in 2015. In addition, one of his key initiatives has been the establishment of the national Allegheny College Prize for Civility in Public Life, which was created in 2011 to annually recognize two political figures, one liberal and one conservative, who argue passionately but with civility for their beliefs. In 2017, the Allegheny College Prize for Civility in Public Life in Pennsylvania was awarded at the state level for the first time.

Dr. Mullen has served as chair of board of directors of the American Council on Education (ACE), the major coordinating body for the nation’s colleges and universities, with a base of more than 1,800 member institutions. He continues to serve ACE as a representative of the National Association of Independent Colleges and Universities (NAICU), which represents more than 1,000 private nonprofit institutions of higher learning on higher education policy issues with federal and state governments. Dr. Mullen also serves as chair of the board of directors of the Great Lakes College Association (GLCA) and has served as vice president of the North Coast Athletic Conference (NCAC).

Dr. Mullen also serves on boards for the Pennsylvania Economy League of Greater Pittsburgh and the Meadville Medical Center.

“This is a place that knows who and what it is, a place that seeks excellence without elitism, a place that expands horizons and takes students further faster than they ever thought possible, a place that is confident without arrogance, a place that always seeks to be better and stronger and more attuned to the needs of its world, a place where rigor and excellence in the classroom constitute more than rhetoric, they represent our core values — values built and sustained by generations of teachers and scholars.” 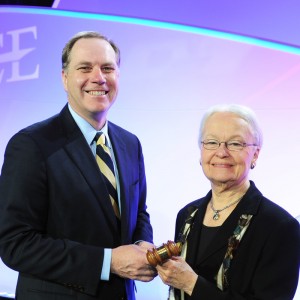 March 10, 2014 — James H. Mullen Jr., president of Allegheny College, has been elected chair of the Board of Directors of the American Council on Education (ACE), the major coordinating body for the country’s colleges and universities.

“I am deeply honored by my election as chair of the American Council on Education. Under Molly Broad’s leadership, the Council is providing the voice that unifies all sectors of higher education on the critical public policy issues of our time,” said Mullen. “That I will serve as chair during Allegheny College’s bicentennial year makes this honor even more meaningful for me and for Allegheny.”