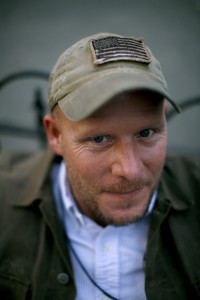 David Gilkey is a staff photographer and video editor for NPR, covering both national and international news. He has produced award-winning photo essays, videos and multimedia presentations for NPR.org, as well as radio reports for NPR.

Most recently, Gilkey documented the life of a Syrian refugee family settling in Toledo, Ohio.

As one of the first unilateral journalists to move into Afghanistan and the first to cross the border into Iraq while embedded with the U.S. Army, Gilkey has covered the war on terrorism since the September 11, 2001 terrorist attacks. In that time, he has made numerous trips back to both countries most recently covering U.S. operations in southern Afghanistan.

In 2009, Gilkey covered the conflict between Israel and Hamas in Gaza. The next year he made numerous trips to Haiti to cover the devastating earthquake that hit the island nation in January. Gilkey documented the fall of apartheid in South Africa, famine and conflict in Somalia, tribal warfare in Rwanda and the war in the Balkans.

Throughout his career, Gilkey has received numerous awards from both national and international photo competitions. The White House Photographers Association named Gilkey Still Photographer of the Year in 2011. In addition, he’s earned 36 distinctions from the WHPA since 2009, including nine first place awards.

Gilkey’s contribution to the NPR Investigation “Brain Wars: How the Military is Failing the Wounded” was recognized by a 2010 George Polk Award. That series was also honored with Society for News Design’s 2011 Award of Excellence and a 2011 Dart Award for Excellence in Coverage.

He received a 2007 national Emmy award for a video series “Band of Brothers” about Michigan Marines in Iraq. In 2004, he was named Michigan “Photographer of the Year” by the Michigan Press Photographers Association.

Gilkey studied journalism at Oregon State University. His first job was at the Boulder (CO) Daily Camera, where he handled local assignments for the paper and overseas assignments for Knight Ridder. He later joined the Detroit Free Press where he worked until 2007. 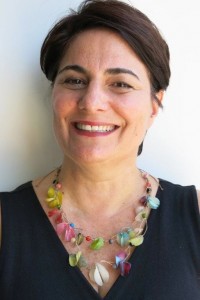 Carrie Kahn is NPR’s international correspondent based in Mexico City, Mexico. She covers Mexico, the Caribbean and Central America. Kahn’s reports can be heard on NPR’s award-winning news programs including All Things Considered, Morning Edition and Weekend Edition.

Prior to her post in Mexico Kahn had been a National Correspondent based in Los Angeles since joining NPR in 2003. During that time Kahn often reported on and from Mexico, most recently covering the country’s presidential election in 2012. She was the first NPR reporter into Haiti after the devastating earthquake in early 2010, and has returned to the country six times in the two years since to detail recovery and relief efforts, and the political climate.

Her work included assignments throughout California and the West. In 2010 Kahn was awarded the Headliner Award for Best in Show and Best Investigative Story for her work covering U.S. informants involved in the Mexican Drug War. In 2005, Kahn was part of NPR’s extensive coverage of Hurricane Katrina, where she investigated claims of euthanasia in New Orleans hospitals, recovery efforts along the Gulf Coast and resettlement of city residents in Houston, TX. She has covered her share of hurricanes since, firestorms and mudslides in Southern California and the controversial life and death of pop-icon Michael Jackson. In 2008, as China hosted the world’s athletes, Kahn recorded a remembrance of her Jewish grandfather and his decision to compete in Hitler’s 1936 Olympics.

Before coming to NPR in 2003, Kahn worked for 2 1/2 years at NPR station KQED in San Francisco, first as an editor and then as a general assignment reporter with a focus on immigration reporting. From 1994 to 2001, Kahn was the border and community affairs reporter at NPR station KPBS in San Diego, where she covered Northern Mexico, immigration, cross-border issues and the city’s ethnic communities.

While at KPBS, Kahn received numerous awards, including back-to-back Sol Price Awards for Responsible Journalism from the Society of Professional Journalists. She won the California/Nevada Associated Press award for Best News Feature, eight Golden Mike Awards from the Radio & TV News Association of Southern California and numerous prizes from the San Diego Press Club and the Society of Professional Journalists of San Diego. She was also awarded three consecutive La Pluma Awards from the California Chicano News Media Association.

Prior to joining KPBS, Kahn worked for NPR station KUSP and published a bilingual community newspaper in Santa Cruz, CA.

Kahn is frequently called upon to lecture or discuss border issues and bi-national journalism. The Poynter Institute of Media Studies has cited her work for fairness and balance. She was awarded and completed a Pew Fellowship in International Journalism at Johns Hopkins University.

Kahn received a Bachelors degree from UC Santa Cruz in Biology. For several years she was a human genetics researcher in California and in Costa Rica. She has traveled extensively throughout Mexico, Central America, Europe and the Middle East, where she worked on an English/Hebrew/Arabic magazine. 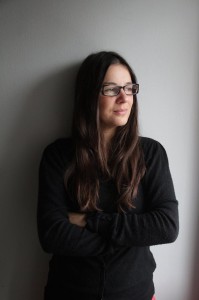 Dijana Muminovic is an award-winning Bosnian-American photojournalist who most recently documented the plight of Middle-Eastern refugees and migrants passing through Croatia in a personal project entitled “I’m a Refugee.”

Born in Bosnia and Herzegovina, Muminovic survived the Bosnian war as a 12-year-old girl, hiding in basements where she listened to the stories of slaughter. In 1997, she moved to the United States with her family and grew up in Bowling Green, Kentucky.

After college, Muminovic began exploring the stories of some of the 6,000 other Bosnian refugees living in Bowling Green. Just when she thought that the Bosnian war was past, she met women who are still affected by it. They still wait for their loved ones to be found and identified from the many mass graves that still exist in Bosnia. Fueled by their desire to seek closure and her interest in helping them communicate their stories, she decided to return to her native Bosnia in 2010 to photograph the lingering effects of war – mass graves and the search for closure.

On July 11, 2011, Muminovic’s work was exhibited in the U.S. Congress Building for the 16th anniversary of the Srebrenica genocide.

From 2012 to 2014, she combined her work in Bosnia with a position as an assistant instructor at The Athens Photographic Project, where photography is used an aid for healing for people who are coping with mental illness. While completing her graduate studies, Muminovic worked as a teaching assistant at Ohio University, where she earned a Master of Arts in Visual Communication.