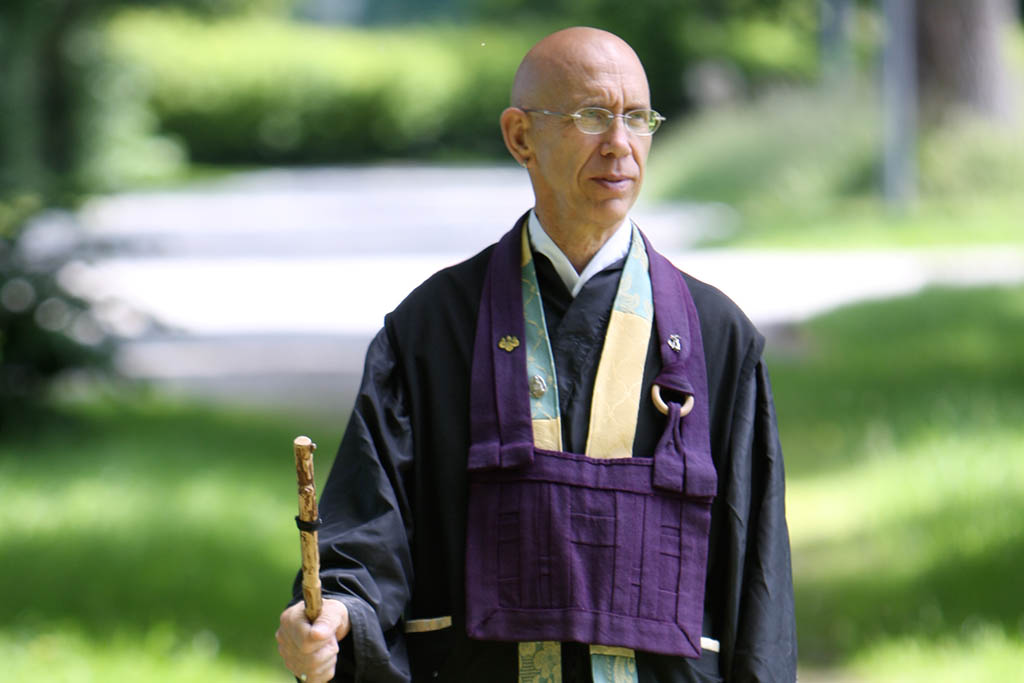 “Seeds of War, Seeds of Peace”

“Making Peace with Our Unpeacefulness”

Register for the workshop here

Claude AnShin will be on campus for residency activities September 15 to September 29.

Claude AnShin Thomas is a Meadville native and Vietnam veteran who is now a fully ordained Zen Buddhist Monk in the Japanese Soto Zen Tradition. He is the author of AT HELL’S GATE: A Soldier’s Journey from War to Peace (Shambhala 2004), and the founder of the Zaltho Foundation, a spiritually based foundation committed to ending violence by encouraging and establishing socially engaged projects in schools, communities, organizations and families, with an emphasis on the most important ingredient, the individual.

Upon graduation from high school, Thomas enlisted in the Army and volunteered for duty in Vietnam, where he served as a helicopter crew chief from September 1966 to November 1967. During his service, he was shot down on five occasions and wounded, earning a Purple Heart. Thomas went on to earn a bachelor’s degree in English education from Slippery Rock University. He then traveled throughout Europe and Asia before returning to the United States to pursue a musical career and earn a master’s degree in management from Lesley College.

In 1991 Thomas came in contact with Thich Nhat Hanh and later became a member of a Vietnamese monastery and retreat center in southern France. He was ordained as a Zen priest in 1995 in the Japanese Soto Zen Tradition by Bernhard Tetsugen Glassman Roshi. He has led multiple pilgrimages for peace in Europe, Asia, and the United States, and now leads programs around the US and internationally on mindfulness, healing, and transformation. Along with publishing AT HELL’S GATE, Claude AnShin Thomas’s writing has also appeared in several journals and anthologies including The Sun, Engaged Buddhist Reader, and The Best Buddhist Writing 2005.