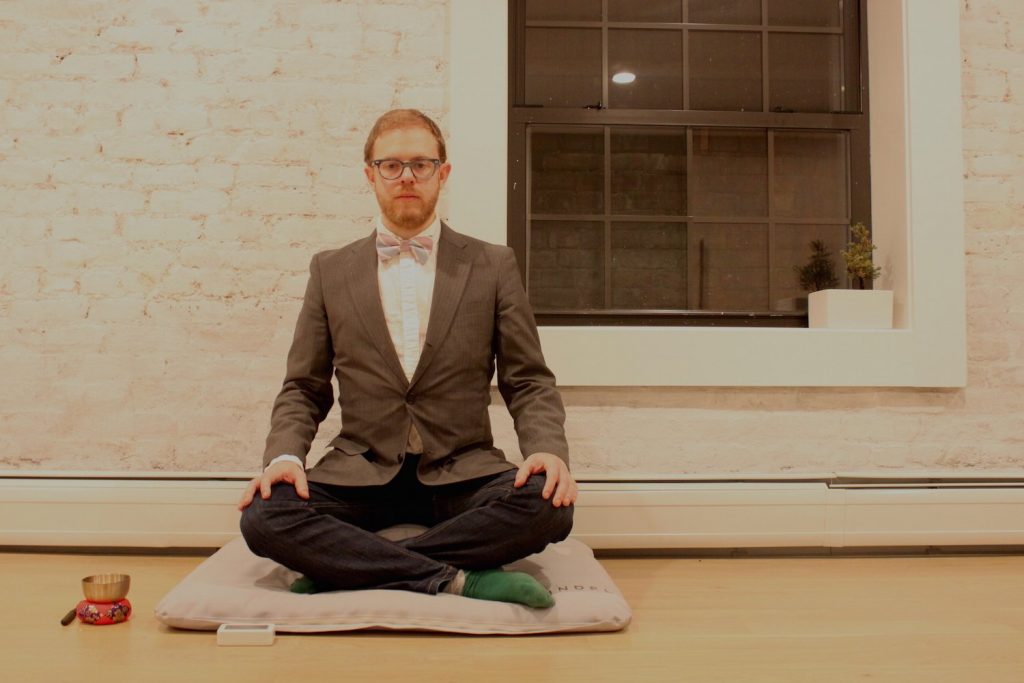 “The Buddha Walks into a Bar: Meditation and Saving the World”

“Becoming Who You Want to Be: Meditation and Living a Life of Meaning”

Workshop
Saturday, September 10, 9:30 am-noon
Free and open to the public.

This workshop will look at the relationship between meditation and setting an intention around career aspirations based on cultivating who you want to be.

Register for the workshop here

Lodro will be on campus for residency activities September 8-10.

Lodro Rinzler is a practitioner and teacher in the Shambhala Buddhist lineage, who began meditating as a child and sitting retreats as a teenager. While in college at Wesleyan University, he became a Vajrayana student of Sakyong Mipham Rinpoche and also established Buddhist House, an eighteen person dorm at Wesleyan University which hosts a large meditation room.

After leaving college he was recruited to the position of the Executive Director of the Boston Shambhala Center. He began leading numerous workshops at meditation centers and college campuses throughout the United States and to date has taught meditation at locations as diverse as Google, Harvard, and the White House. Lodro founded a leadership training program called the Institute for Compassionate Leadership, before co-founding and serving as the Chief Spiritual Officer of New York City’s premier drop-in meditation studio, MNDFL. Lodro’s work has been featured in The New York Times, The Wall Street Journal, The Atlantic, and on CBS, FOX, and NBC News.