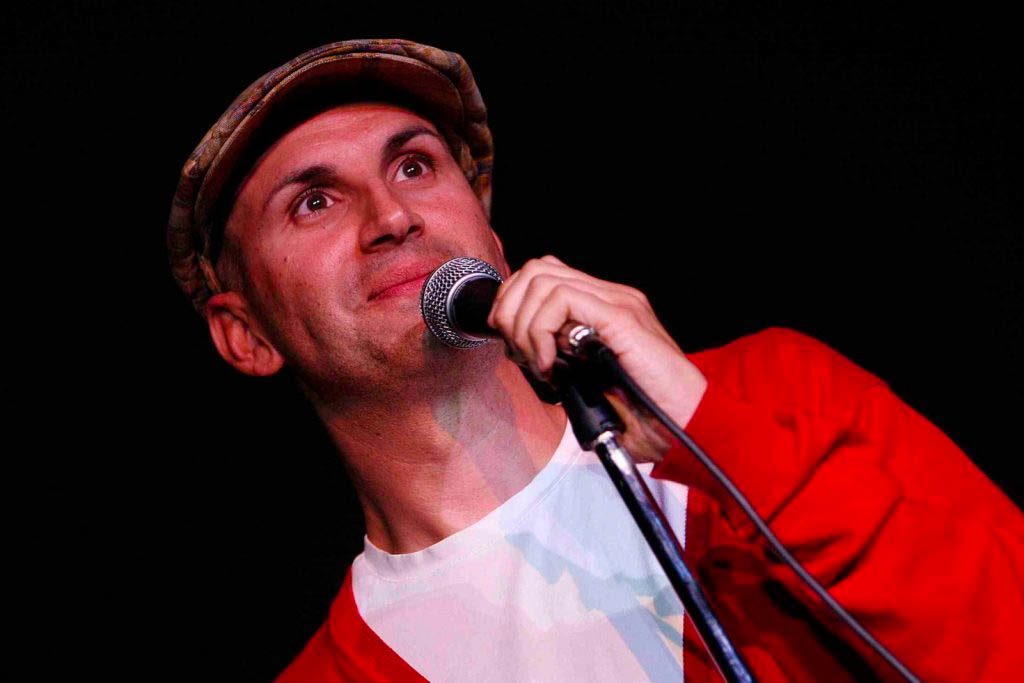 Peterson Toscano will be on campus for residency activities October 16-20.

Through his one-person comedies and lively lectures, Peterson Toscano has delighted audiences throughout North America, Europe, and Africa as he takes on social justice concerns. His plays and talks humorously explore the serious topics of LGBTQ issues, sexism, racism, violence, gender, and climate change.

In “Everything Is Connected,” Peterson connects issues and ideas to bizarre personal experiences, literature, science, and even the odd Bible story, taking his audience on an off-beat mental mind trip. A shapeshifter, he transforms right before your eyes into a whole cast of comic characters who explore the serious worlds of gender, sexuality, privilege, religion, and environmental justice.

Peterson Toscano’s personal journey to accept himself as gay had been long and complicated. He spent 17 years and over $30,000 on three continents attempting to change and suppress his same-sex orientation and gender differences. In January of 1999 he came to his senses and tumbled out of the closet. Through performances, media appearances, and community organizing, he raised public awareness about the harm that comes from seeking to suppress and change one’s sexuality and gender differences.

His scholarly work on gender variance and the Bible (which he presents traditionally and theatrically) has garnered much attention and praise from Bible scholars. He has presented Transfigurations–Transgressing Gender in the Bible at academic conferences, seminaries, universities, places of worship, and drag bars. Most recently he has applied his skills in storytelling, comedy, and communication to address climate change. His newest play, Does This Apocalypse Make Me Look Fat? is a comic meditation on broken bodies large and small.

Peterson Toscano, a Quaker and obsessive gardener, lives in Sunbury, PA with his husband, the writer, Glen Retief. Together they lead the Sunbury chapter of the Citizens Climate Lobby. They also organize trips to South Africa for the Susquehanna University Global Opportunities’ program, Traveling Writing in South Africa.