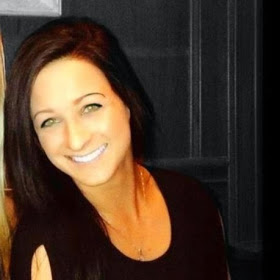 Phoenix Cooke ’15 recently competed in the Washington International Horse Show Adult Jumper Championship, and, with her usual determination and skill, rode her mount, Skys Burning Blue, to a second-place finish. For Phoenix, who has been riding for 16 years, it was another in a series of achievements in equestrian competition.

Phoenix was introduced to horses and riding at a young age thanks to her mother, who was the first certified therapeutic riding instructor for the Western Reserve Riding Academy in Ohio.

An economics major at Allegheny, Phoenix is from Chardon, Ohio. “I initially wanted to go into pre-med, and Allegheny has a fantastic reputation,” she says. “But I also wanted to make sure that I looked into the other portions of the school. Business always interested me so I started taking a few business courses and it took off from there.”

She chose Allegheny partly because of the 12:1 student-to-faculty ratio, Phoenix says.

“I looked into the school, and I am the type of learner who cannot thrive in a huge school,” says Phoenix. “Ohio State is 50,000 students. It’s a city in a city. I really needed that small student/faculty ratio. That’s what Allegheny has.”

Phoenix has a variety of interests and says she has always had an affinity for art. “I took it all four years of high school and figured why not take a class  here?” This eventually led her to pursue studio art as a minor.

“Because I have been competing since I was 6 years old, I have learned how to balance my time between academics, riding, and the organizations I am a part of,” she says. “It is not easy, and it can be stressful, but my time management skills are something employers have found inspiring during interviews.”

Phoenix says she enjoys Allegheny’s geographic location because of its proximity to the competitive equestrian circuit. “It takes me an hour and a half to get to a show during the winter,” she says. Since Phoenix practices four to five times a week when school is in session. On breaks, however, she practices five to six times a week.

It is safe to say her hard work is paying dividends. Over the past year, Phoenix has competed in New York, where she secured the bronze medal for her team and placed fourth individually, and in Kentucky, where she emerged as Grand Champion and won a $10,000 prize.

Phoenix’s equestrian career has taught her discipline. “I am responsible for my horse’s life and nothing can be taken lightly when it comes to care,” she says. “I feel the same way about my academics. I am a perfectionist and view my college career as a full-time job.”

Being a student-athlete also has given Phoenix a drive to succeed. She says it is her determination that has helped her land two summer internships, first with AXA Advisors, a financial services firm in Washington, D.C., and more recently with JP Morgan in Ohio. This led to a job with JP Morgan that she will start when she graduates in May.

“If it wasn’t for the support of the professors in the economics department, how much they push their students to be as successful as possible, and give us the tools necessary to become successful, I would not have gotten the internships I have had.” she says.