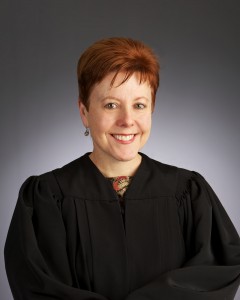 Susan Cox was a writer and editorial board member for The Campus, along with her involvements in Allegheny Student Government, Kappa Kappa Gamma, the Student Judicial Board, Residence Life, and the Board of Trustees.

As a History major and Russian language minor, she strayed from the mold of typical Allegheny journalists. The Campus, at the time, was divided between traditional writers aspiring to be journalists and those  from other disciplines wanting to make a contribution.

For Susan, it was the collaboration of ideas from people with different interests that made journalism more expansive. She and the staff at the time worked to expand their news coverage past the happenings on campus to the broader Meadville community.

Though journalism is constantly changing, Susan finds that the fundamental lessons of the field remain constant through time.

“Any discipline that teaches you how to write is good.”

While Susan did not become a journalist throughout her career, she found her time at Allegheny transferred into her law career.

She graduated from Boston University Law School in 1983, feeling the most at-ease with her legal writing classes because of her journalism experiences and Allegheny education.

“At a good liberal arts college, it really doesn’t matter what you study. You learn how to learn and how to be intellectually curious. You become a good lifelong learner and writer, learning to think critically and never accept things as they are.”

Susan worked as a law clerk to U.S. District Judge Wayne Anderson for three years before working as an Assistant U.S. Attorney for eight years. She then became a lawyer, running a civil practice for thirteen years and becoming the president and owner of The Law Offices of Susan E. Cox, Ltd., which specialized in federal criminal defense and litigation. From June 2005 to June 2007, she also worked as a Due Process Hearing Officer for the Illinois State Board of Education. She was a Federal Defender panel attorney from 2003 to 2007 and  was appointed to monitor the employment actions of the City of Chicago from August 2005. Judge Cox received her judicial appointment with the U.S. District Court in April 2007.