As A Member of the Department of Economics Faculty 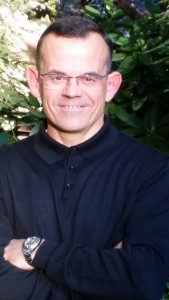 Since 2007, Chris Allison has served as a visiting instructor in the Department of Economics.  His current courses are two sections of Econ 010 – Financial Literacy during the Fall Semester and Econ 380 – Economics of Entrepreneurship II and FS-102 – Contemporary Entrepreneurial Leadership during the Spring Semester.

In addition, he serves as the Co-Director of the Center for Business and Economics.  Since joining the Department of Economics, he has developed and currently oversees co-curricular programs, including The Lunchtime Learning Series, the Big Idea Competition, CBE Fellows program, the Department of Economics Road Map, Center of Business and Economics Strategic Plan Development and student job-search counseling.  He also provides ad hoc assistance to Allegheny’s Admissions Department, Development Department and The Allegheny Gateway.  He also serves as an instructor for the Access Allegheny program.

Allegheny Board of Trustees

Since 2009, Allison has served on Allegheny College’s Board of Trustees. He currently serves on the Executive Committee, the Budget and Finance Committee and the Audit Committee.  He also led a Board Task Force that studied the viability of online education at Allegheny as well as served on the selection committee for the Allegheny College Civility Prize in Public Life during its early years.

Allison served as an adjunct professor and guest lecturer at other colleges.  From 2006 to 2010, he served on the faculty of Duquesne University’s Entrepreneurial Studies Department, where he taught marketing and finance.  In 2007, he taught an introductory entrepreneurship class at Robert Morris University.  He has also been a guest lecturer at Carnegie Mellon University’s Tepper School of Business and for four years ran the Tepper School’s Executive Education Program.  Since 2011, he also has been an adjunct professor in the Entrepreneurship Department at Grove City College.

Experience as Tech-Company Founder and CEO

Chris Allison was one of the founders and for nine years served as the Chairman and Chief Executive Officer of Tollgrade Communications, Inc.  He spent a total of 16 years at the company until his retirement in 2005.  Tollgrade was and still is a maker of centralized test systems for telephone and cable companies.   From the time that he started as a founder to when he retired, Tollgrade sold $625 million of electronics equipment and software with gross margins exceeding 50% versus a standard telecom equipment industry gross margin of 32%.  Tollgrade’s gross profit or EBITDA exceeded 20%.

When Allison helped start the company in the early ’90s, it raised $6 million of start-up capital at a price of $3 per share.  Tollgrade was profitable by 1992.  By 1995, the company mounted its Initial Public Offering (IPO) on the NASDAQ Exchange.  Tollgrade priced its stock at the high end of the estimated trading range and opened at $14 per share with a total enterprise value of $84 million.

In December 1999, the company rejected an unsolicited offer by Acterna Corporation to sell the company for $180 million in cash.  By the middle of 2000, Tollgrade’s stock price reached $300 per share and the company’s market value reached $2 billion.  Tollgrade’s team turned $6 million of relatively illiquid investment capital into $2 billion of marketable securities.  When Allison retired, Tollgrade enjoyed an impeccable balance sheet showing $60 million in cash and no debt.

In addition to running the business, Allison managed the IPO process and communicated with Wall Street on a regular basis for nine years.  He hosted more than 41 quarterly earnings report calls; visited regularly with portfolio managers on Wall Street; regularly presented at investor conferences; and appeared in a story featuring the company on CNBC.  While he was CEO of the company, Tollgrade met or exceeded analysts’ earnings estimates in 40 of 41 quarters.  During the third quarter of 1998 — the only quarter that the company missed estimates — the telecom industry was experiencing an industry-wide union work stoppage.

Also during that time, Tollgrade completed two successful acquisitions valued at $60 million and $13 million respectively.  Both transactions were additive to earnings during the first quarter that Tollgrade owned the businesses.

While he was CEO, Tollgrade was honored in 2000 and 2001 as one of the The Best 200 Small Companies in America by Forbes magazine; and in 2001 as one of the 100 Fastest Growing Companies in America by Fortune magazine.  In 2001, Bloomberg ranked Tollgrade # 9 among The Bloomberg Personal Finance 100.  The company also received similar recognition from Industry Week and Business 2.0 magazines.

In 2002, Allison was voted Entrepreneur of the Year by the Pittsburgh Venture Capital Association and by Ernst and Young in 2005.  He was named CEO Communicator of The Year by the Public Relations Society of America (PRSA) in 2001.  The recipient of that award in 2000 was Paul O’Neill, CEO, Alcoa, who later that year became the United States Secretary of The Treasury.

In May of 2012, Allison received a Doctorate of Public Service honoris causa from Clarion University (CU).  He also delivered CU’s Commencement Address that year.  He serves on the Board of Directors of the Clarion University Foundation.

In addition to his corporate work, Allison has been and is a business columnist and published author.  Since 2007, 19 of his editorials or columns have been published in outlets such as Pittsburgh Quarterly, the Pittsburgh Post-Gazette, the Erie Daily Times and others.

He won the Golden Quill Award from the Pittsburgh Press Club in 1983 and was nominated for a second in 2007 for his work at Pittsburgh Quarterly.