The Executive in Residence program is a co-curricular activity sponsored by the Center for Business and Economics.  The event is designed to connect Allegheny students and faculty with prominent business executives who spend several days on the Allegheny campus speaking about their life experiences in business, paths to success and lessons learned. As a Co-Founder of She Leads Africa, Afua built a digital lifestyle platform for millennial multicultural women reaching more than 800,000 women across 100+ countries. In addition to building a thriving community, Afua secured international partnerships with brands like Facebook, Google, Unilever and L’Oreal to design culturally relevant and data driven engagement campaigns. In December 2016, the company rang the Closing Bell at the New York Stock Exchange.

Featured in the Financial Times, BBC, CNN and CNBC, Afua has given 2 TEDx Talks and has had the privilege of sharing her expertise at high profile global leadership, entrepreneurship and digital conferences across North America, Asia, Europe, Middle East and Africa. Ms. Sutter is the President and CEO of Shooting Star, Inc. Her career has included radio and television station management, overseeing a television and radio station group, and owning and operating television stations. She currently consults for radio and television stations, media companies, financial institutions, and other organizations. In addition, she conducts management training and development for companies and organizations as a Gallup-Certified Strengths Coach. Sutter also works with organizations to implement Conscious Capitalism and Purpose” in their company. ShootingStar Broadcasting is the media company she formed to acquire and operate television and radio stations. The company owned the CBS affiliate in Abilene, TX (KTAB) and MyTV New England (WZMY-TV) in the Boston, MA market.

Ms. Sutter is actively engaged in both her industry and community. She recently served as the Chair of the FCC Advisory Committee on Diversity and Digital Empowerment. In 2008, she was appointed to the FCC Advisory Committee on Diversity for ​Communications in the Digital Age and was ​​​​re-appointed in 2009, 2011,  2012, and 2017 by multiple FCC Chairmen.  Sutter also is a member of the Advisory Board of Multicultural Media, Telcom and Internet Council (MMTC).  Sutter is also a member of the National Association of Broadcasters (NAB) Diversity and Inclusion Council. She served as the National Chair of the Alliance for Women in Media (AWM) and on their National Board. In addition, she served on the Entrepreneurial Leadership Council of Suffolk University’s Sawyer School of Business, and as a member of the Emerson College National Advisory Committee on Diversity in Boston, MA. ​Ms. Sutter is a member of Conscious Capitalism LA and the All Star for Kids Council of the Children’s Hospital of Los Angeles. She also serves on the Dean’s Advisory Council for the American University School of Communications, Washington, DC. Darren Koch ’99  is the Chief Product Officer at SAP Ariba, a subsidiary of SAP. SAP is a multinational software company with over 80,000 employees and $26 billion in revenues. SAP Ariba runs the world’s largest business network, helping firms to manage their global supply chains and collaborate with their suppliers. SAP Ariba’s services enable the largest companies in the world to manage $2 trillion in spending.

Koch majored in Economics and Math at Allegheny. He has an MBA from UC Berkeley and an MS in Management Science/Operations Research from Case Western. 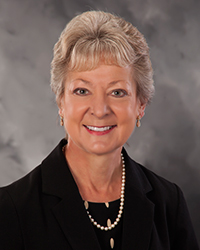 Kim is a graduate of Northwestern University with a degree in Economics and holds several professional designations. She is a Chartered Financial Analyst® charterholder, a graduate and former board member of the Securities Industry Institute at the University of Pennsylvania, and has completed the Center for Fiduciary Studies Certification program at the University of Pittsburgh.

She is a member of the CFA Institute, Pittsburgh Society of Financial Analysts (former President), Financial Planning Association, served on the NASD District Business Conduct Committee, and is currently serving on the Board of Governors of SIFMA. In 2009, Kim was voted one of the “Top 25 Women in Business” by the Pittsburgh Business Times, and in 2003, she was honored by the Pennsylvania Department of Community and Economic Development as one of “Pennsylvania’s 50 Best Women in Business.”

Kim serves on the boards of Allegheny College, Allegheny Conference on Community Development (Treasurer), The Buhl Foundation, Dollar Bank, EQT GP Holdings, The Pittsburgh Foundation, and SIFMA.  Additionally, she has served on the capital campaign committees for the Children’s Institute of Pittsburgh, the University of Pittsburgh Cancer Institute, and Children’s Hospital. She is also a deacon and youth leader at Hiland Presbyterian Church.

In 2013, Kim was named Chairperson of the United Way of Allegheny County’s 2013 Campaign.  She co-chaired the United Way Women’s Leadership Council in 2008 and 2007. In 2011 and 2004, she was named an Athena Award finalist and received the 2005 YWCA “A Tribute to Women Leadership” award for business.

In October 2015, Kim was selected by the Governor as a Distinguished Daughter of Pennsylvania for extraordinary service and contributions to the Commonwealth.  In March 2015, Kim was named the Family Guidance Leckie Award Honoree for her years of philanthropy and service to Pittsburgh.  In April 2014, Kim was awarded the John McGrady Award for community service at the Art Rooney Awards Dinner. In 2012, she received the Haller Enterprise Institute’s Entrepreneur of the Year Award from Thiel College. This award is given annually to a business owner who has demonstrated outstanding entrepreneurial leadership.

In April 2012, Carlow University awarded Kim with the Women of Spirit® Award for Values, which recognizes a woman who leads her company to higher realms of excellence and service by personal example and commitment to others. Also in April 2012, Geneva College honored Kim with their Serving Leaders Award. This service award is presented annually to a person of faith who implements servant-leadership qualities in their life and work. 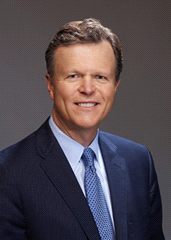 Terry is the principal Sweetwater LLC, a consulting and investing firm (founded 2015) with a focus on manufacturing and technology.

Prior to Sweetwater, he spent 31 years with Allegheny Technologies (ATI) before his retirement in Dec 2014. Terry served as Executive Vice President, ATI Flat-Rolled Products (2011-2014), President, ATI Allegheny Ludlum (2002-2014).  Previously, he was Group President, ATI Flat-Rolled Products (2008-2011).  Mr. Dunlap joined Allegheny Technologies in 1983 and has held numerous positions in domestic and international sales, marketing, manufacturing, supply chain, logistics and information technology.  He served as General Manager of both the Sheet and GOES Business Units.  He was Vice President of e-Business and CIO for ATI (2000-2001) as well as Vice President, Procurement and CIO with responsibility for Procurement, Logistics, and Information Technology at ATI (2001-02).

Bruce Thompson served as the 2015 Executive in Residence at Allegheny on Nov. 4-5.  Thompson graduated from Allegheny in 1986 with a major in economics.

Thompson is managing director at Bank of America and a member of the company’s executive management team. Prior to his current role, he was CFO at Bank of America with responsibility for all finance functions as well as Corporate Treasury, Investor Relations and Corporate Investments. Before that he was chief risk officer for Bank of America, responsible for working with the company’s lines of business to identify and navigate credit, market and operational risk to support sustainable growth.  In addition, Thompson is a member of the board of trustees of Allegheny College. 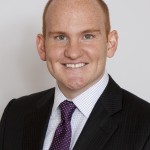 Kyle O’Connor served as the 2014 Executive in Residence at Allegheny on Oct. 8-9. O’Connor graduated from Allegheny in 2003 with a major in economics and a minor in mathematics. He also holds an M.B.A. from Northwestern University’s Kellogg School of Management.

O’Connor led commercial excellence globally for GE Capital, the $350 billion financial services arm of General Electric. An executive graduate of GE’s Corporate Leadership Program, he has spent most of his career in the commercial real estate sector with both GE Capital and, previously, PNC Bank. O’Connor has worked in Canada, the Netherlands, Russia and the United Kingdom. 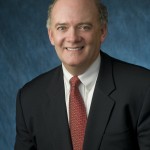 Jim Spalding ’80 served as the 2013 Executive-in-Residence at Allegheny on Oct. 28 and 29.  Spalding graduated from Allegheny in 1980 with majors in economics and theater and a minor in German.  He received his MBA and JD degrees from Emory University.

For 25 years, Spalding was involved in investor-owned hospital and health care system management, primarily in mergers and acquisitions, corporate finance, and governance.  On Oct. 1, Vanguard Health Systems, Inc., which was founded by Spalding and his colleagues, was sold to Tenet Healthcare Systems for $4.3 billion.