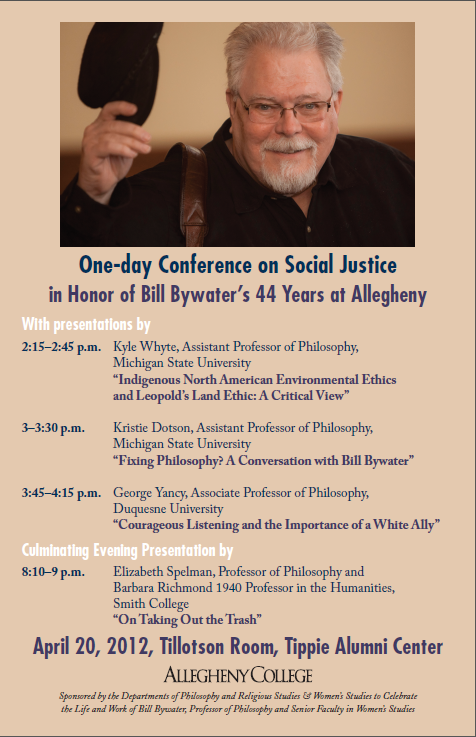 In 2008, Professors Bill Bywater and Eric Boynton began the development of a regular series of conferences in which students at Allegheny and from other colleges and universities attend lectures by prominent thinkers on issues of social justice and present their own work to those same thinkers.  The conferences, originally supported by Allegheny’s William Beazell Memorial Fund, received an ongoing endowment for  funding in 2012 from the Bywater Family Fund for Social Justice Programming.

The Year of Voting Rights and Democratic Participation Conference 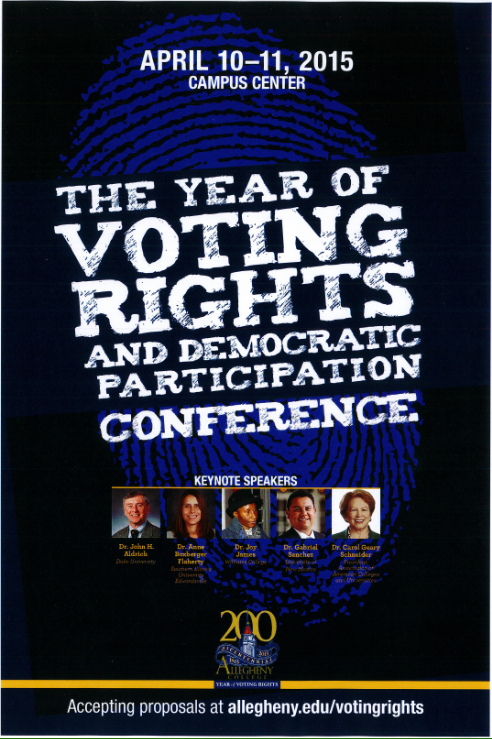 April 10-11, 2015 Allegheny College hosted a two-day undergraduate conference on the history and current changes to the Voting Rights Act. This event brought five nationally recognized scholars and activists together with students to investigate this timely and important issues for the health of our democracy. For more information, click here.

March 28-29, 2014–Allegheny College, Meadville, PA
Allegheny College will host a two-day undergraduate conference on March 28-29, 2014 on the legacies of the Civil Rights Movement. This event will bring five nationally recognized scholars and activists together with students to investigate the pasts, presents and futures of civil rights. Follow the link for more information. 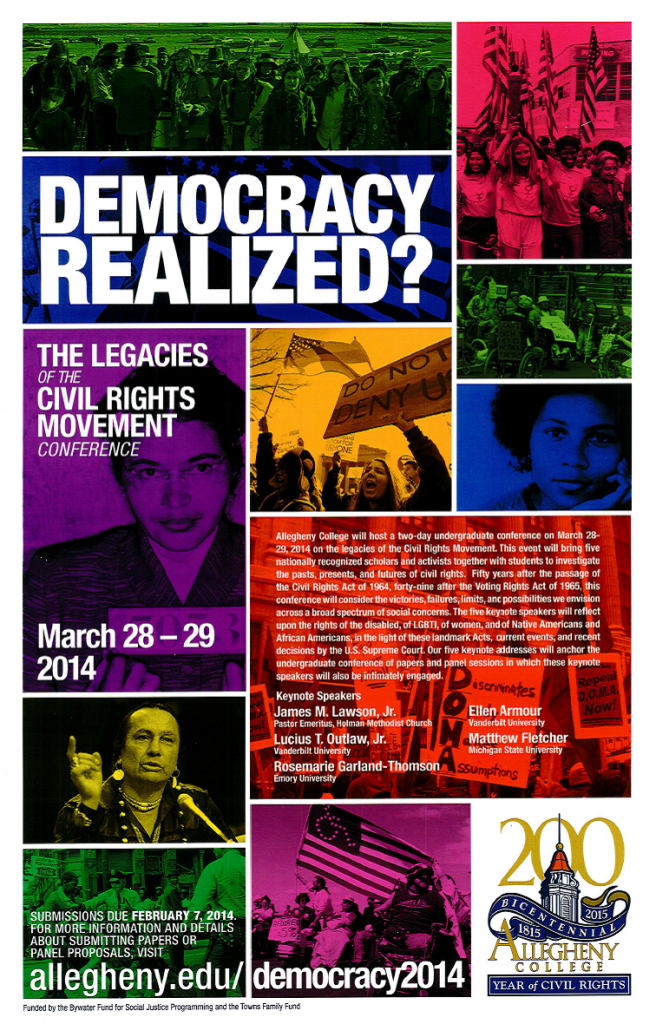 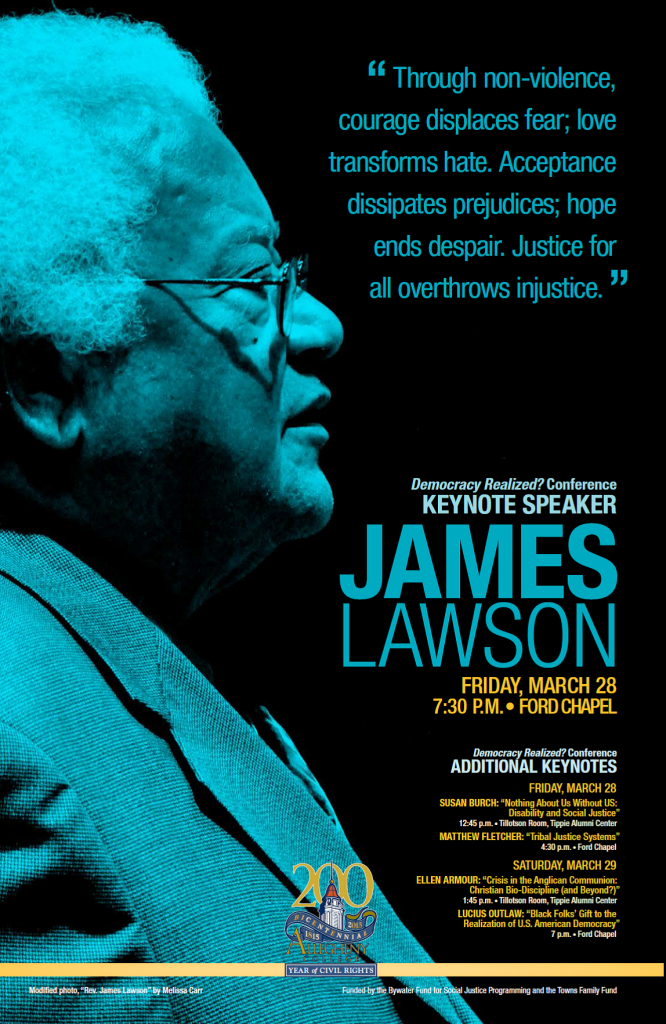 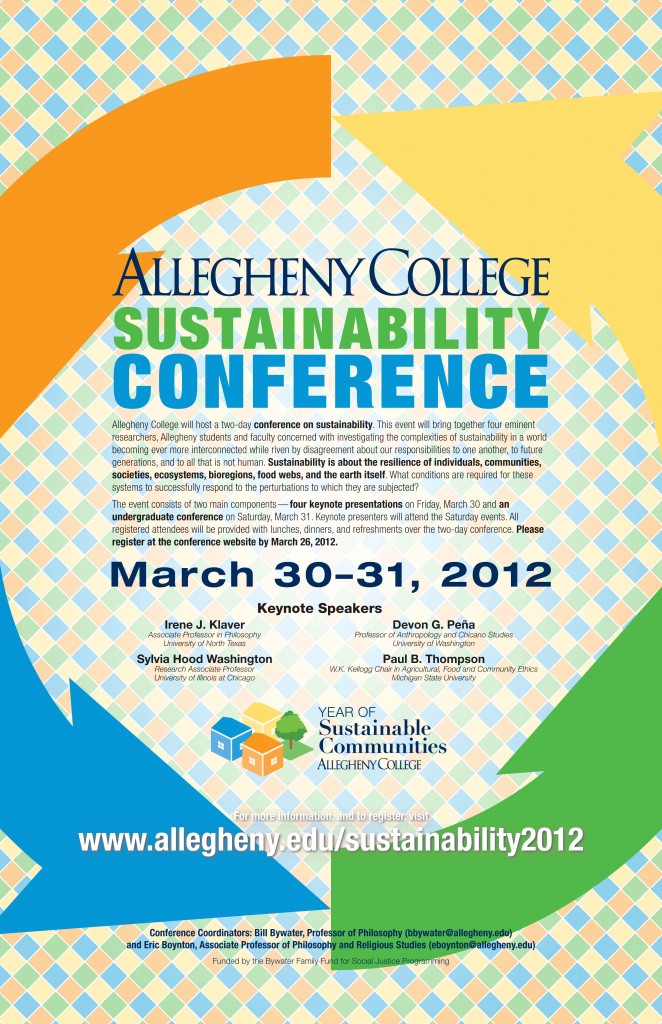 March 30-31, 2012 “This event will bring together four eminent researchers, Allegheny students and faculty concerned with investigating the complexities of sustainability in a world becoming ever more interconnected while riven by disagreement about our responsibilities to one another.”

Global Citizenship:  An Academic Conference on the Nature of Citizenship in a Global World 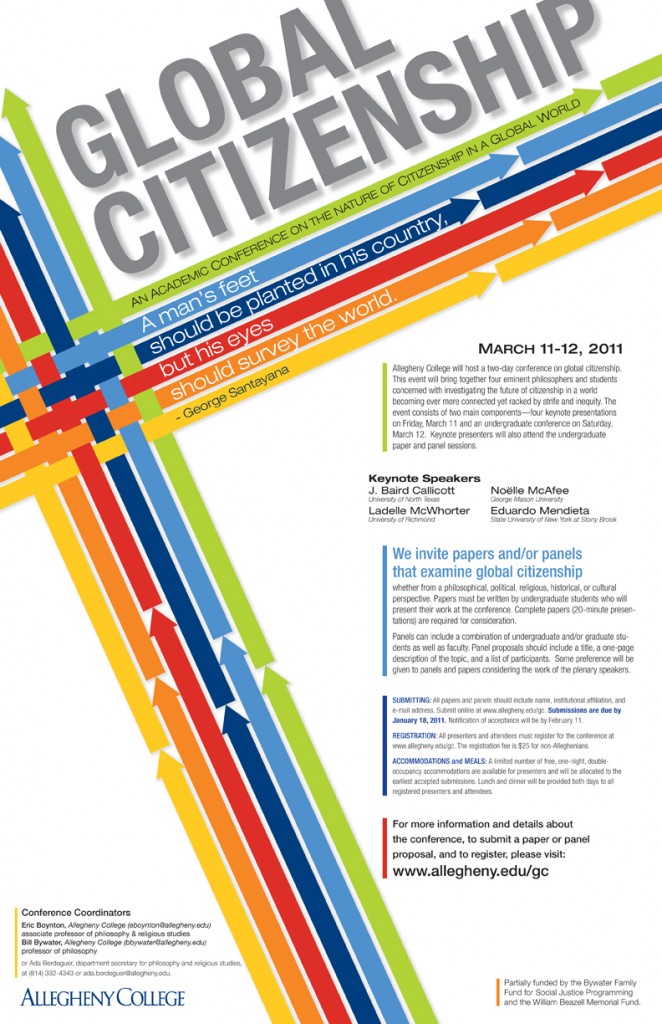 March 11-12, 2011 –Allegheny College, Meadville, PA
This event brought together four eminent philosophers and students concerned with investigating the future of citizenship in a word becoming ever more connected yet racked by strive and inequity.  The event consists of two main components:  four keynote presentations on Friday March 11 and an undergraduate conference on Saturday, March 12.  Keynote presenters will also attend the undergraduate paper and panel sessions.

Examining Whiteness:  An Academic Conference on White Privilege and Racism in America 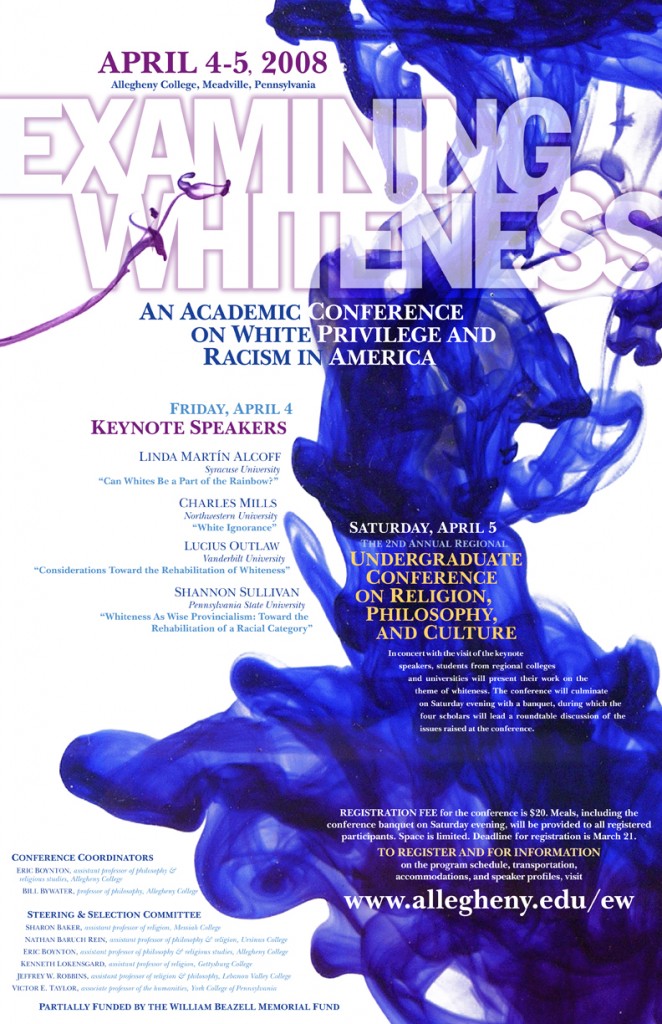 April 4-5, 2008 –Allegheny College, Meadville, PA
In concert with the visit of keynote speakers, students from regional colleges and universities will present their work on the theme of whiteness.  The conference will culminate on Saturday evening with a banquet, during which the four scholars will lead a roundtable discussion of the issues raised at the conference.