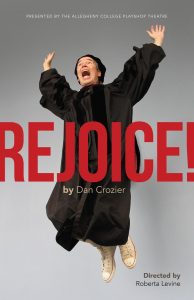 Written and Performed by Dan Crozier
Directed by Roberta Levine

An Outcry!  An Outburst!  An American Manifesto! 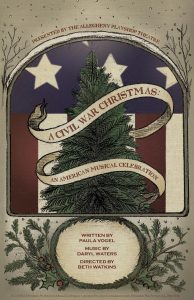 It is Christmas Eve in 1864 along the icy, war-ravaged Potomac near Washington, D.C.  Union and Confederate troops are hunkered down by the river, Abraham Lincoln strategizes for peace while his wife Mary visits the wounded, and former slaves are migrating north in search of freedom.  Pulitzer Prize-winning playwright Paula Vogel weaves a rich tapestry of stories, both historical and fictional, into a drama that intertwines holiday carols, marches and spirituals of the Civil War period.  An epic theatrical event that captures a nation in desperate need of hope and healing. 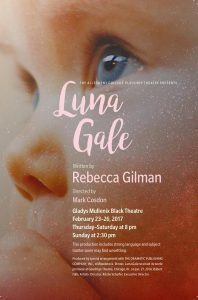 When a child is born to drug-addicted teens, a social worker is confronted with an unforgiving dilemma.  Family secrets, moral ambiguities, faith, biases, and the beleaguered welfare system collide in this riveting and arresting contemporary drama.  A play that The New York Times called “smart and absorbing,”  “Luna Gale” is sure to provoke questions of how we care for the most vulnerable and at-risk. 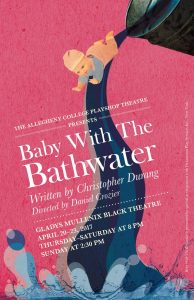 Baby with the Bathwater

Tony award-winning author Christopher Durang’s outrageous take on the ultimate in bad parenting.  In this absurdist satire, Helen and John are completely unprepared for their first child and cannot even decide if it’s a boy or a girl – their doctor tells them they can choose later.  In his review in The New York Times, Frank Rich wrote, “A playwright who shares Swift’s bleak view of humanity, Durang conquers bitterness and finds a way to turn rage into comedy that is redemptive as well as funny.