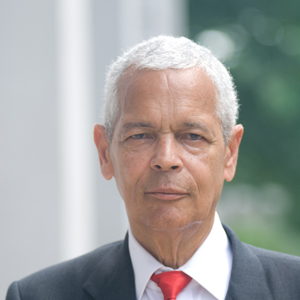 Nov. 5, 2013 –Julian Bond, a firsthand witness to and contributor in many of the watershed moments in the history of the Civil Rights Movement, will speak at 7 p.m. on Friday, November 15 in Shafer Auditorium at Allegheny College. The talk is free and open to the public.

His talk is a keynote address in the college’s Year of Civil Rights, which celebrates the 50th anniversary of the Civil Rights Act and explores the state of civil rights, broadly defined, in our world today.

Julian Bond has been an activist in the civil rights, economic justice and peace movements since he was a student at Morehouse College. In 1960 he helped found the Student Nonviolent Coordinating Committee and soon became its communications director. Earlier that year, he helped create the Atlanta University student civil rights organization, which led several years of nonviolent protests and ultimately integrated Atlanta’s movie theaters, lunch counters and parks.

Bond served 20 years in the Georgia House and Georgia Senate, drafting more than 60 bills that became law. He was president of the Atlanta branch of the NAACP for 11 years and in 1998 was elected chair of the NAACP national board. He served for 11 terms until stepping down in 2010. He was the first president of the Southern Poverty Law Center.

A recipient of the National Freedom Award, he has also been honored with Bill of Rights Awards by the American Civil Liberties Unions of Massachusetts and Georgia. Time magazine named Bond as one of America’s top 200 leaders, and the Library of Congress has named him a “Living Legend.”

Bond has hosted “America’s Black Forum,” the oldest black-owned show in television syndication, and has narrated numerous documentaries, including the award-winning “Eyes on the Prize” series. He has been a commentator on NBC’s Today show and authored “Viewpoint,” a nationally syndicated newspaper column.

A collection of Bond’s essays is published under the title “A Time to Speak, A Time to Act.” His poems and articles have appeared in The Nation, Life and The New York Times.

He is a Distinguished Visiting Professor at American University in Washington, D.C. and a professor in the history department at the University of Virginia.

This is Bond’s fourth appearance at Allegheny College. In 1970 the college invited him to give a talk as part of its speaker series. The Allegheny Association of Black Collegians brought him to campus to lead workshops in 1976 and again in 1981.

More information on Year of Civil Rights events at Allegheny College, including a reading by inaugural poet Richard Blanco on January 30 and an undergraduate conference on March 28 and 29, can be found at www.allegheny.edu/200.