Ambassadors receive training in civil rights and voting rights within a historical context, voter registration and education, community organizing and coalition building, and campaigning and advocating for social issues. They practice those skills on their college campuses through voter registration drives, voter education events and similar activities. 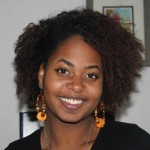 A junior at Allegheny College, Imani Prince is double majoring in political science and studio art with a minor in French. She is president of the college’s Association for the Advancement of Black Culture and also works as a program assistant for the Center for Intercultural Advancement and Student Success, which serves students through academic support services, programs, research and planned activities. She plans to pursue a career in political activism through creative expression including drama, the visual arts and writing. 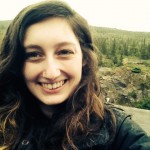 Brianna Cusanno is a junior majoring in global health and minoring in political science. She has served as a public policy intern with Planned Parenthood of Southwest and Central Florida and in the Washington, D.C. office of Senator Elizabeth Warren. She currently works as a social media and outreach coordinator for the college’s Center for Intercultural Advancement and Student Success. She hopes to pursue a career in health policy or radio journalism.

The Andrew Goodman Foundation was established in 1966 to honor Andrew Goodman, a 20-year-old Queens College sophomore whose life was taken from him for acting on what he believed. Along with two other young civil rights activists, James Chaney and Michael Schwerner, Goodman was murdered in Mississippi in 1964 while attempting to register African-Americans to vote.