The Communication, Film, and Theatre Department is dedicated to the creative and critical study of communication, with special emphasis on theatre, rhetoric, and media. The curriculum offers opportunities for the performance, practice, in-depth study, and analysis of texts and techniques in each of these spheres. Students engage in production, performance, and critical cultural studies, with the objective of becoming competent and engaged artists/scholars in their fields. The department’s liberal arts emphasis encourages students to develop habits of engaged citizenship, thoughtful professionalism, and a meaningful private life. 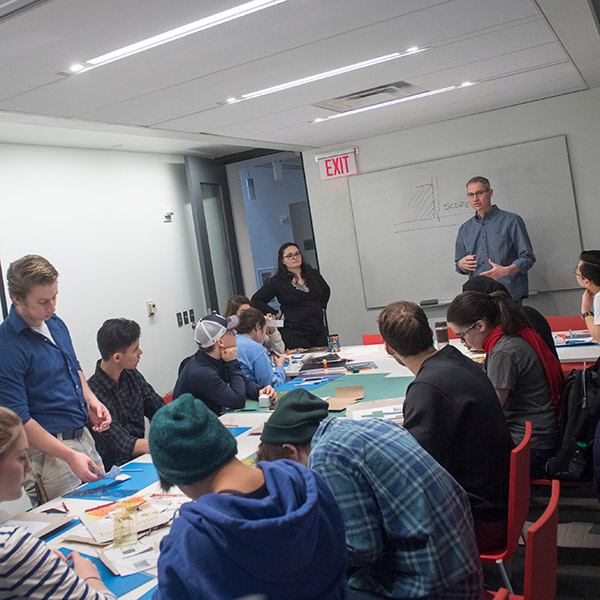 Exploring the complexities of communication through the study of Rhetoric, Mass Media, and Theatre

Success stories of our graduates 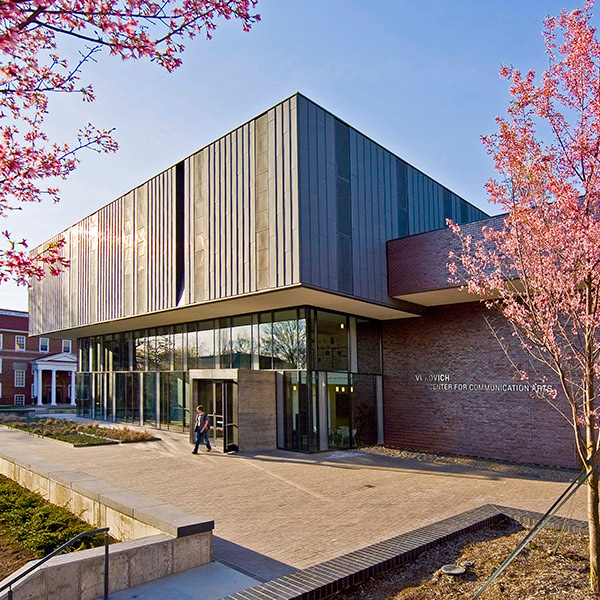 Information on resources and facilities for students

INTAR Theatre announced that the award-winning off-Broadway theater company has presented its first Max Ferrá Director Fellowship to Itzel Ayala. The fellowship is in memory of INTAR’S founding Artistic Director and is intended to supply a major career boost and visibility for the recipient.

Assistant Professor of Theatre kt shorb writes about the current state of financial support for BIPOC theatres and artists in American Theatre. They describe TCG’s new THRIVE program as a welcome and long-needed resource while highlighting its limitations; shorb also outlines the structural challenges that BIPOC theatres and artists have faced historically and during the pandemic.

The Department of Communication, Film, and Theatre is thrilled to announce that kt shorb will join the faculty this coming fall!  Professor shorb comes to us from the University of Texas where they are completing a Ph.D. in the Performance as Public Practice program.  Their research focuses on how queer people of color performers create temporal pockets that can only be described as time travel.  In Austin, Professor shorb is the producing artistic director of the Generic Ensemble Company, an ensemble that makes the invisible visible through bold, socially relevant, body-centered theatre.  Professor shorb also holds a B.M. in Composition from Oberlin Conservatory of Music and an M.A. in Radio-Televison-Film from The University of Texas at Austin.

Professor Spivey will teach fall 2021’s THTR 190 – “The Evolving Karamu House and Social Justice”  A study of Black theatre and drama through the evolution of Cleveland’s Karamu House from the civil rights movement through the Black Arts Movement to today. Students investigate documentary plays on social justice and racial identities from Tamir Rice to Michael Brown. Artists including Charles Gilpin, Langston Hughes, Amiri Baraka, and Dael Orlandersmith are considered.

After graduating from Texas’s Prairie View A&M University, Terrence Spivey moved to New York City and studied the Meisner Technique at the William Esper Studio. Following stints at the Black Writers Reunion and Conference and the Black Girl Ensemble, in 2003 Spivey became artistic director of Cleveland’s historic Karamu House, the nation’s oldest African American theatre.  Across 13 years Spivey directed many world premieres and produced countless community initiatives, gaining numerous accolades for Karamu House such as the 2013 AUCELCO Repertory Company of the Year in New York City. After departing Karamu House, he worked as a freelance director creating new works on the police killing of Tamir Rice and sex trafficking in Northeast Ohio, in addition to directing plays by Branden Jacobs-Jenkins and August Wilson. Spivey also founded his own theatre company, Powerful Long Ladder, directing works by James Baldwin and Golden Globe actress Regina Taylor. He recently directed an award-winning film called Resurrection of The Last Black Man in 08:46, a reflection on the killing of George Floyd and a 1933 Texas lynching. In 2018 Spivey was selected into The HistoryMakers. It is the largest archive collection for African Americans housed in the Library of Congress. 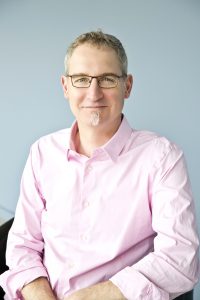 Welcome from the Vukovich Center for Communication Arts, which sits on land historically part of the Erie and Seneca nations, most recently the Haudenosaunee Confederacy – also known as the People of the Longhouse for the shape of their bark covered homes.

It is my privilege to introduce you to the newly renamed Department of Communication, Film, and Theatre. Along with the new name comes a trio of integrated majors and minors: Communication & Culture, Film & Digital Storytelling, and Theatre. We remain teachers, scholars, and artists committed to exploring the impact of communication across disciplines, cultures, and communities. You can learn about recent scholarly and artistic achievements as you look at individual faculty pages.

During their time in the department, students work through a core sequence of courses. Each major’s main path builds from introductory courses to intermediary skills to the independent senior project. Alongside the core, students take two modules from four areas across the department. Much like Allegheny values interdisciplinary learning across the undergraduate experience, the department pushes its students to draw connections between Film, Theatre, Media, and Civic Life. This core-module approach permits students to customize their major among dozens of possible combinations. The path that you build can be as individual as you are.

Students value Communication, Film, and Theatre courses because they focus on active learning, diverse perspectives, and critical questions about everyday life. In every classroom, students examine a wide range of disciplines and develop tools that apply to any career path. Outside the classroom, our students work with faculty on individual and joint projects that lead to campus and conference presentations, journal articles, books, performances, documentaries, and independent films. Of equal importance are internships; recent experiences include Food and Water Watch, thePhiladelphia Eagles, New York Public Theatre’s Shakespeare in the Park, and INTAR.

One thing you will notice if you visit the Vukovich Center is that we are a noisy bunch – even with our masks on. Learning and advising do not stop when a class or scheduled appointment ends. You will find faculty, students, and staff chatting in offices and classrooms, doorways and hallways, and in theatres and studios. I invite you to jump in.

What can I do with my major?

Unique student projects and experiences on campus, in the community and across the globe