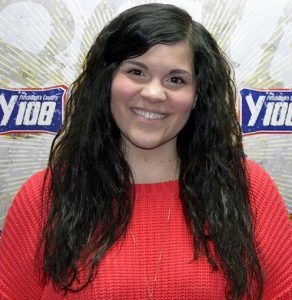 While I chose to go down the path of radio broadcasting, a Communication degree provides you with so many different job opportunities: sales, marketing, social media management, etc. It’s an awesome feeling to know that I have several backup options should my current career not work out.

There are several things I learned as a student at Allegheny College that I’m still using today; the number one thing is that I really learned how to present myself professionally and eloquently. It has really made the difference between myself and other candidates when applying for jobs. All the late nights I spent writing and rewriting what felt like thousands of papers (including my comp) have given me amazing editing skills, without which I would not be able to do my current job.

96% of Allegheny Communication, Film, and Theatre graduates were employed, in graduate school, completing a post-grad internship within 8 months of graduation.

What Communication, Film, and Theatre Student Do After Graduation

Note: The outcomes listed above reflect data from the classes 2014-16 and include a response rate of 60%.

Note: The outcomes listed above reflect data from the classes 2014-16.

Popular Fields with a Bachelor’s Degree:

Popular Fields with an Advanced Degree: 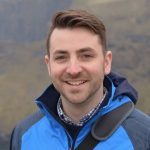 Ryan was leaning strongly towards marketing/advertising in his first two years at Allegheny. During his junior year he was the Executive Director of the first Up ’til Dawn event at Allegheny and through that process, he realized that he enjoyed working to help fund a cause. Ultimately, he decided that he wanted to work for a nonprofit. A few months after he graduated he accepted a position with St. Jude overseeing the Up ’til Dawn program nationwide. He has been in the health non-profit fundraising space for his entire career. He has worked on both the national and local side of development. Over the past fourteen years he has had the good fortune to work for a variety of health non-profits including American Cancer Society, the American Liver Foundation, the American Heart Association and St. Jude Children’s Research Hospital.

His advice to people with Communication Arts degrees going into the job market is to demonstrate how Allegheny has helped you grow your critical thinking skills. Allegheny provides its students with an abundance of opportunities to think deeply about a variety of topics and then provide thoughtful options to issues. Not all recent grads leave their undergraduate studies with that ability and it will help you stand out. He says that, hands down, his public speaking classes were the best preparation for his current work because it is now his job to speak to large groups and individuals about why their support is critical to a cause that they may never need to utilize. He says that his communications degree has helped him better determine what resonates with different audiences and then deliver a message that will lead to their on-going support. 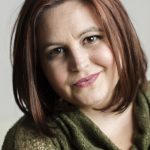 When she began her  studies at Allegheny College, Molly already knew that she wanted to work professionally as a theatremaker. She also knew, however, that she did not want to be limited to being only an actor, or only a director, etc. Instead, she wanted to develop her skills in many areas of her chosen field to increase her understanding of the field at large and to become a more well-rounded artist and human being. For this reason, Allegheny’s commitment to the liberal arts model really appealed to her.

In her  time at Allegheny, she worked on many Playshop and SET productions as an actor, costumer, and director. She says this freedom to experiment within the field of theatre fostered in her a deep appreciation of the collaborative energy and potential of theatre. After graduation, she continued to work in this way, taking on a variety of onstage and production roles. She eventually moved to New York City to continue developing as a creator. She worked professionally there for five years, and at that point, she found herself being drawn to the world of education and felt that she wanted to take her passion for theatre into the classroom. She began  graduate work at University of Roehampton in London, earning her M.Res with Distinction in Performance and Creative Research in 2011. She  then completed her graduate work at Mary Baldwin University, earning both an M.Litt (2016) and an MFA (2017) in Shakespeare and Performance. At this stage, she still works professionally as an actor and director and is also beginning her search for a position as a professor, preferably at a small liberal arts college like Allegheny. She thinks her career plans have really come full-circle, bringing her back to an environment of collaboration and curiosity that she treasured at Allegheny.

She is currently a Visiting/Guest Artist with Mary Baldwin University, co-directing a devised theatrepiece with the current MFA Company, Motley Shakespeare Players. Her work there is twofold: first, to create devised theatre with a group of students, and second, to help them use this process of theatremaking to strengthen their collaborative skills and shape their company identity at the outset of their year-long season. She also serves on graduate thesis committees and guest lecture in some graduate and undergraduate level courses. This spring, she will also direct a production of Sophie Treadwell’s “Machinal” as part of the undergraduate May term session in the performing arts division.

She encourages all graduating students to practice patience with themselves when it comes to measuring success or achievement. Patience, however, is not a synonym for inaction. Try to work as consistently as possible within your field and continue to make your own work whenever you can. Working in the theatre means a lifetime of hustling — contracts are short, jobs are competitive, and there are a lot of people that want them. Work the jobs you get and do them thoroughly and well, even if they aren’t your dream jobs.

She treasures the commitment that Allegheny fosters in her students to interdisciplinarity. She believes that her time at Allegheny taught her the importance of becoming a well-rounded human being in tandem with learning how to be a skilled artist. “This collaborative energy continues to drive my work today and I will be ever grateful that Allegheny planted this seed for me nearly 18 years ago!” 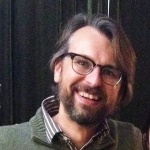 When Ryan entered Allegheny, he originally wanted to do something with writing, but didn’t have any plans.  After graduation, he moved to New York to be an advertising copywriter. Although he enjoyed the work, he says it wasn’t as fulfilling as creating games. He later moved to California to help launch an Internet startup which was GameSpy.com, which proved to be a huge success in the early days on online gaming. After 12 years at GameSpy, he finally made the leap to game development, quickly working my way up at Blizzard. He has been at Blizzard Entertainment for nine years and is currently the Lead Mission Designer for “Hearthstone,” an online collectible card game. Prior to that, he was the Lead Quest Designer and then Lead Narrative Designer for World of Warcraft, a massively multiplayer online role playing game.

His advice for people with Communication Arts degrees entering the job market is to be flexible. Today’s job market rewards diverse skills and ambition. Save early – a nest egg can help you to be more flexible with your career and will prevent you from getting stuck in an unfulfilling job. Don’t be afraid to move around to seek out opportunities. Continue learning new skills throughout your career – jobs are being replaced, automated, or outsourced fast, don’t become obsolete! Learn to collaborate creatively on challenging projects produce under a tight deadline even when being creative! 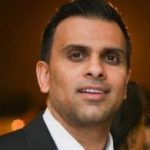 Yasir came to Allegheny and majored in Communication Arts with a possible interest in advertising. In addition to coursework, he did a lot of internships in undergrad and explored all different areas of Communication Arts. Some of those internships included Fleishman Hillard Public relations in Karachi, Pakistan, Interflow Advertising in Karachi Pakistan, NBC 4 News in Washington DC and Farrar & Farrar Direct Marketing in New York City. By his senior year, he became interested in social marketing after a visit to the UNICEF offices in Pakistan during his summer break. After a quick discussion with my advisor Ishita Sinha Roy, he changed the focus of his comp and resubmitted a proposal for a research project on HIV/AIDS social marketing programs in Pakistan. This project was what initially peaked his interest in public health.

After graduation, he found himself job searching in Washington DC where a connection he had made at American University when he did the Washington Semester helped pass his resume along to a friend who was fascinated by my comp’s topic and arranged an interview with the DC Department of Health’s HIV/AIDS Administration. That led to a Social Marketing internship to prevent HIV infections among African American women through innovation prevention education programs in beauty salons in DC. He later trained as an HIV counselor and provided HIV counseling and testing to different risk groups in DC and was later hired by the Department of Health as a Disease Intervention Specialist. He moved on to become a Project Officer for HIV prevention grants and simultaneously completed his Masters in Public Health (MPH) from The George Washington University. After graduate school, he served as the State Adult Viral Hepatitis Prevention Coordinator for DC and after spearheading that program he transitioned to a different role as Public Health Advisor where he coordinated School-Based STD Screening in all the different high schools in Washington DC to address the high rates of Sexually Transmitted Infections among urban youth.

Currently, he is a Grants Specialist with the Department of Behavioral Health, with monitoring oversight of programs funded to address substance use among youth. He is also in the process of completing my Doctorate in Public Health (DrPH) from The George Washington University and for the past three years he has also served as an adjunct faculty member in the George Washington University, Milken Graduate School for Public Health.

His advice to Communication Arts students entering the job market is to start somewhere and then keep marching forward! He mentions that writing skills and public speaking skills will always play an important part in your professional life.