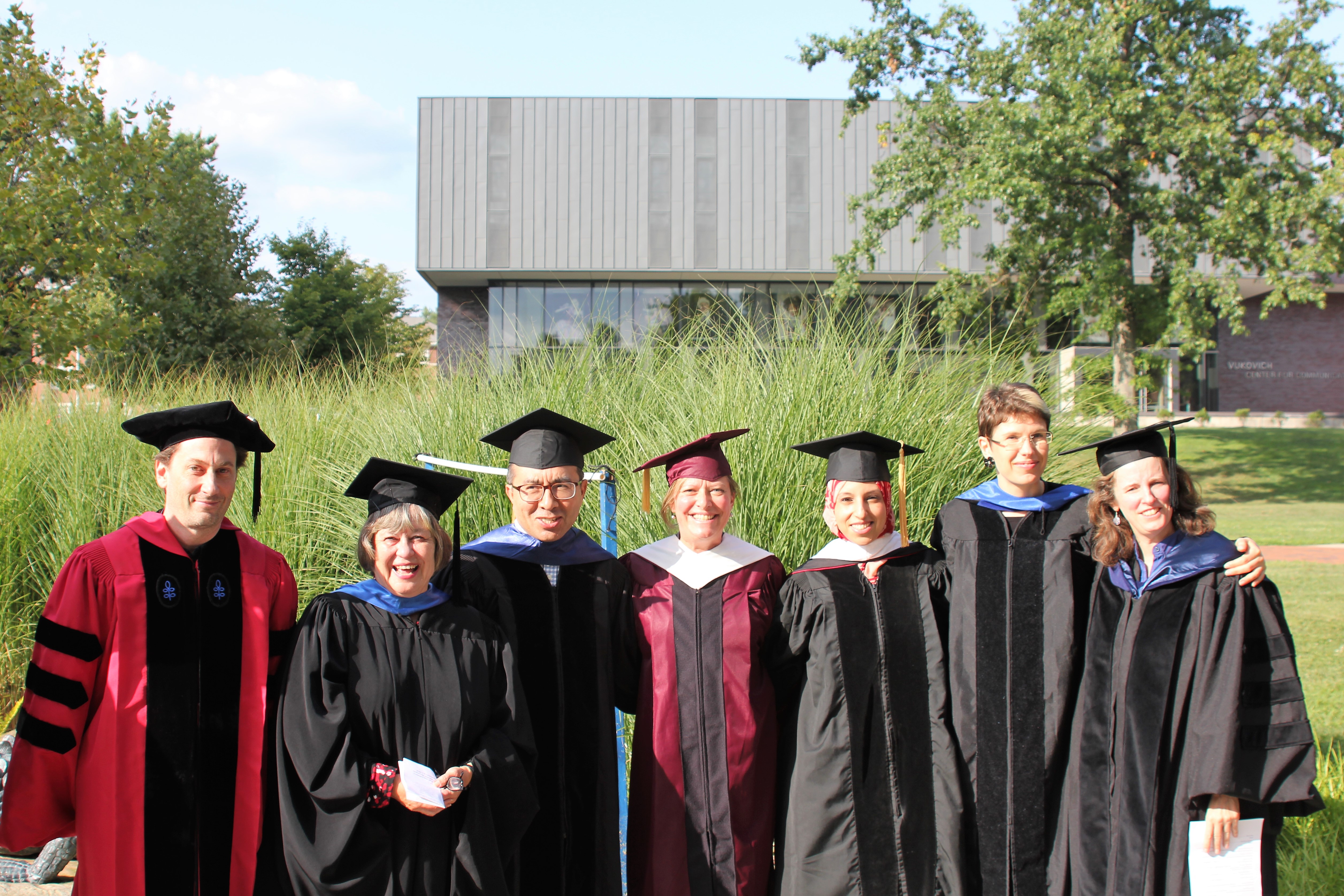 The Legacy of Dr. Blair Hanson

Blair Hanson was Professor of French at Allegheny for forty-two years (1939-81), and chairperson of the Department of Modern Languages for over a quarter of a century (1954-81). Her bequest to the Department, together with additional funds provided by the Andrew W. Mellon Foundation and Allegheny College, created the Language Learning Center (LLC) in 1998, in renovated space on the third floor of Ruter Hall, the second building erected on the Allegheny campus, and listed on the National Register of Historic Places.

This space currently accommodates a high-tech classroom, two workstations with printers open to all students, offices, restrooms, as well as a lounge/reading area.

The spirit of Dr. Hanson lives on as we continuously strive to improve facilities in the department she loved and served so well.