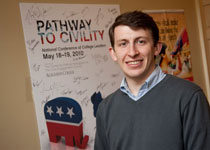 Allegheny College provided Matt Lacombe with the connections necessary to take his political science major to the next level. “I worked as an intern for an agency of the Department of Defense, and the executive I worked under was an Allegheny alum,” Matt says. “I served as an intelligence analyst in industrial security for a branch of FOCI (Foreign Ownership Control of Influence). It was a great experience that would have been extremely difficult to come by on my own.” 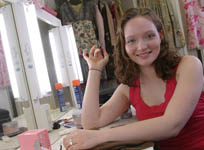 “Most people don’t see the connection between theatre and political science,” says Meredith Sonnen, who is majoring in both. “But I see how politics and theatre drive each other.