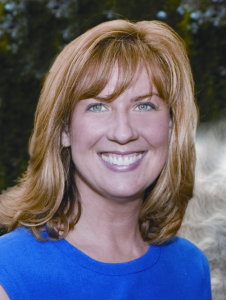 Megan Murphy is an inspired and passionate supporter of Allegheny whose enthusiasm for the College has remained years after graduation.

She graduated with a major in international studies and a minor in French. As a student, Megan was an active member of Alpha Chi Omega and Lambda Sigma. She also served as a resident director and participated in Allegheny Student Government. She says that she cherishes the memories of her time in college; Allegheny gave her an education and friends that last a lifetime.

Megan has remained connected and involved in Allegheny’s mission. She served on the Alumni Council for seven years, including one term as president — a responsibility that she calls “an honor and a privilege.”

Megan believes that those who came before her worked to put the buildings and campus in place; it is now her job to honor those previous donors by continuing to develop Allegheny. She believes supporting Allegheny honors those who have made a difference in her life. “Unrestricted gifts are the most powerful gifts to Allegheny, as they allow the College to use the funds for the areas of greatest need,” she says.

Megan is honored to support Allegheny and the quality education it provides. The hallmarks of an Allegheny education are great communication and leadership skills, she says. These skills are what have helped Megan achieve the successful career she has today.