Students who stay at Allegheny for summer research, campus employment and/or internships can go here for more information and links to registration and costs. 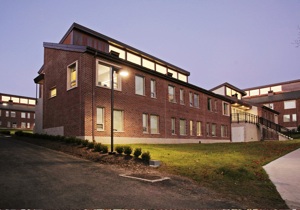 Adults attending conferences on campus may be most comfortable in a choice of air-conditioned suites. All buildings have laundry facilities. All rooms have Internet jacks or wireless connectivity and a cable box. 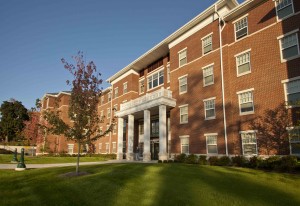 North Village 2 is an air-conditioned complex has a combination of two and four single-bedroom suites. Each suite has a bathroom and a small kitchen. The four-story building has a lounge and a laundry facility on each floor. There is a large kitchen on the main floor. The building is accessible to the mobility impaired from either the first floor entrance or from a bridge to the second floor and has an elevator.

College Court is also an air-conditioned complex that consists of suites that have four single bedrooms, one bathroom, a common area, and a kitchenette.

Youth groups may prefer the traditional single and double occupancy rooms that share a common corridor and semi-private bathrooms. All buildings have lounges, kitchens and laundry facilities. All rooms have Internet jacks and wireless connectivity, a cable box, a phone line, and multiple electrical outlets. 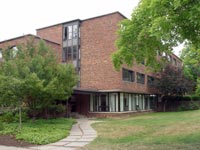 Baldwin Hall is located in the middle of campus and houses approximately 200 guests in double rooms. Some of the floors are co-ed with separate bathroom facilities for men and women. Each floor has a lounge and there is a large lounge on the ground floor with a television set. Rooms on the first floor are accessible to the mobility impaired.

Brooks Hall is located on the west side of campus and houses approximately 175 guests in single, double, triple and quad occupancy rooms that vary in size and shape. Brooks has a dining hall that can seat 250 and several large lounges. 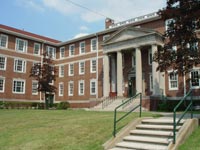 Caflisch Hall is located in the middle of campus near the Campus Center meeting rooms and Shafer Auditorium. It houses guests in single, double and quad occupancy rooms that vary in size and shape. Caflisch has a large main lounge with television and recreation space. 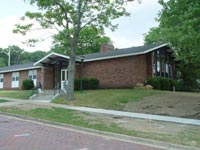 Crawford Hall is located on the east side of campus adjacent to the Campus Center meeting and dining areas, Shafer Auditorium, and the recreation center. It houses approximately 70 guests in double rooms. There is a large lounge with television set, pool table and fire place. 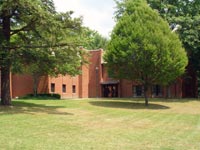 Edwards Hall is located on the east side of campus adjacent to the Campus Center meeting and dining areas, Shafer Auditorium, and the recreation center. It houses approximately 55 guests on three floor comprised mostly of single rooms with the exception of one quad occupancy room per floor. Each floor has a lounge with television set. There is a kitchen and laundry facility in the building. 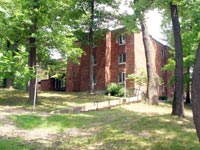 Ravine Hall is located on the east side in a nicely wooded area and houses approximately 140 guests. Each of three residential towers has three floors of double rooms. Each room is carpeted. There are two lounges with television sets and fire places and one lounge has ping-pong and air hockey. 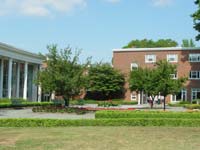 Schultz Hall is located on the west side of campus and houses 160 guests in 81 rooms. It is attached to Schultz Banquet Hall which can seat 300 for meals or can be used for a combination of exhibit, meeting and dining space.

Walker Hall and Walker Annex are located on the west side of campus and together house 210 guests in single, double and triple occupancy room. There is a kitchenette on every floor, two laundry rooms and two lounges. Brooks Dining Hall is connected to the building.