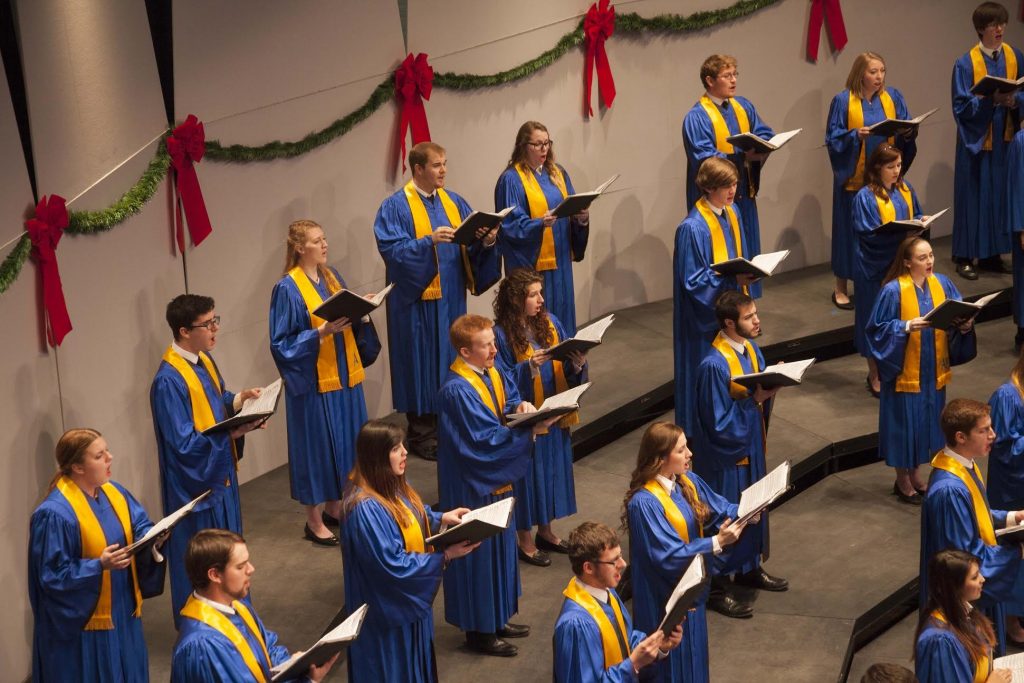 The College Chorus, including students, Allegheny faculty, and Meadville community members, will begin the afternoon program. They will open with “Gloria in Excelsis Deo” by Josef Haydn from Heiligmesse, accompanied by Dill on piano, as well as “Early One Morning,” an arrangement of an Old English song by Frank Ahrold.

The Chamber Choir will then perform, showcasing pieces such as “Dixit Maria” by Hans Leo Hassler, which epitomizes late-Renaissance choral writing. They will finish with “Salmo 150,” composed by Ernani Aguiar, which features Latin-American dance rhythms.

To finish the first half of the program, the Women’s Ensemble will dive into the Russian language with “Chorus of Peasant Girls” from Tchaikovsky’s opera “Eugene Onegin.” They will round out their set with the world premier of “Mi Ze Hidlik,” a Haukkah poem by a 20th century rabbi, paired with a lilting Israeli folk melody, and arranged by Kevin Dill.

The Men’s Ensemble will open the second half by performing “God Rest Ye Merry.” They will also feature “Karitas Habundat,” in the style of liturgical chant, as well as a sea shanty titled “A-Roving,” arranged by well-known conductor Roger Wagner, which will feature baritone Ken Kutzer ’18.

The College Choir will then perform “Citadel Hill” accompanied by Ward Jamison on piano, a boisterous folk song from Nova Scotia in a recent arrangement by award-winning composer Mark Sirett. They will then demonstrate their command of the German language with “Der Gerechte Kommt Um,” a poignant a cappella setting of verses from the book of Isaiah by baroque composer Johann Kuhnau.

To conclude the concert, all will converge on stage in a choir of 101 voices to perform two songs, conducted by Jamison – “Welcome Yule” by Williametta Spencer, and “Hallelujah, Amen” from Judas Maccabeus by George Frideric Handel. Dill will accompany the ensembles on piano.