Karl Smith, a 2011 English and Physics Allegheny alumnus, is currently enrolled at the University of Rochester completing his PhD in Biophysics, Computational, and Structural Biology; he is conducting research on ultrathin silicon nanomembranes. For those of us who are ignorant on the subject of ultrathin silicon nanomembranes, Karl advises “Think coffee filters but made out of glass and 10,000 times thinner than a human hair.” For his research, 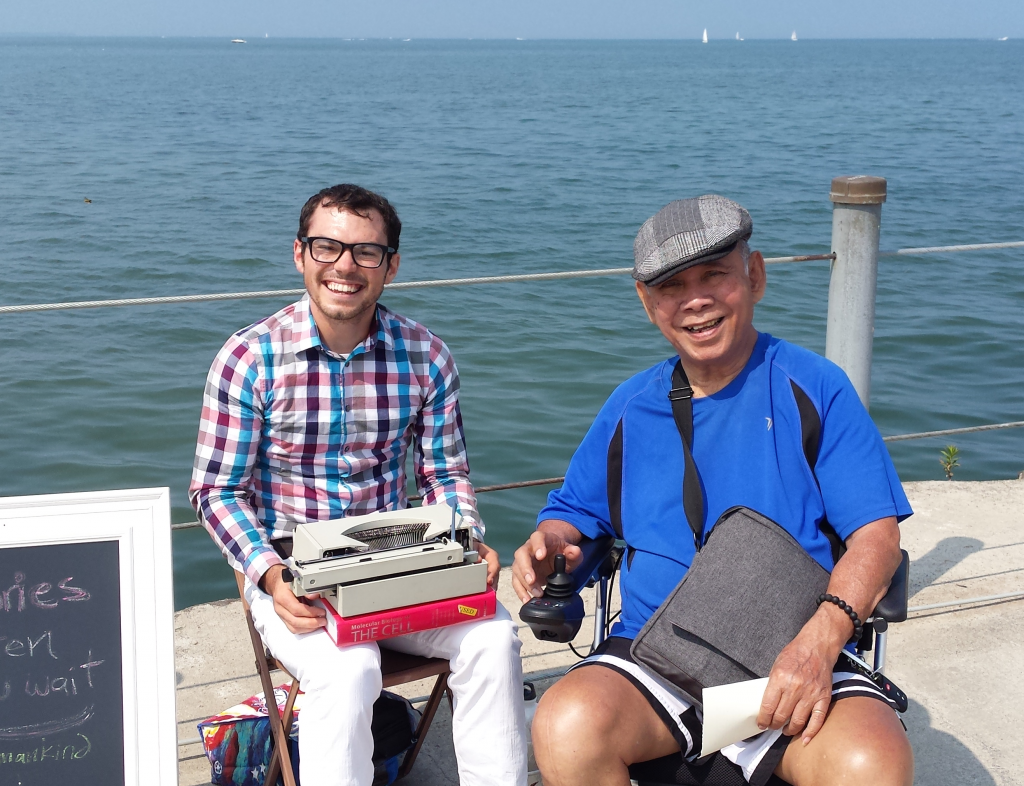 Karl is making computer models that replicate the behavior of certain particles that are then filtered by these membranes. He then experimentally verifies that the computer model is consistent to how the particles are actually filtered in reality. “The goal [of these experiments is] being to be able to use the silicon nanomembranes for preparing therapeutic biotech products like monoclonal antibodies.” Monoclonal antibodies are laboratory-produced antibodies that an experimenter can manipulate to attack certain cells like cancer cells for example. “These medicines [monoclonal antibody drugs] are prohibitively expensive right now, but my research should make them much cheaper and more pure.” 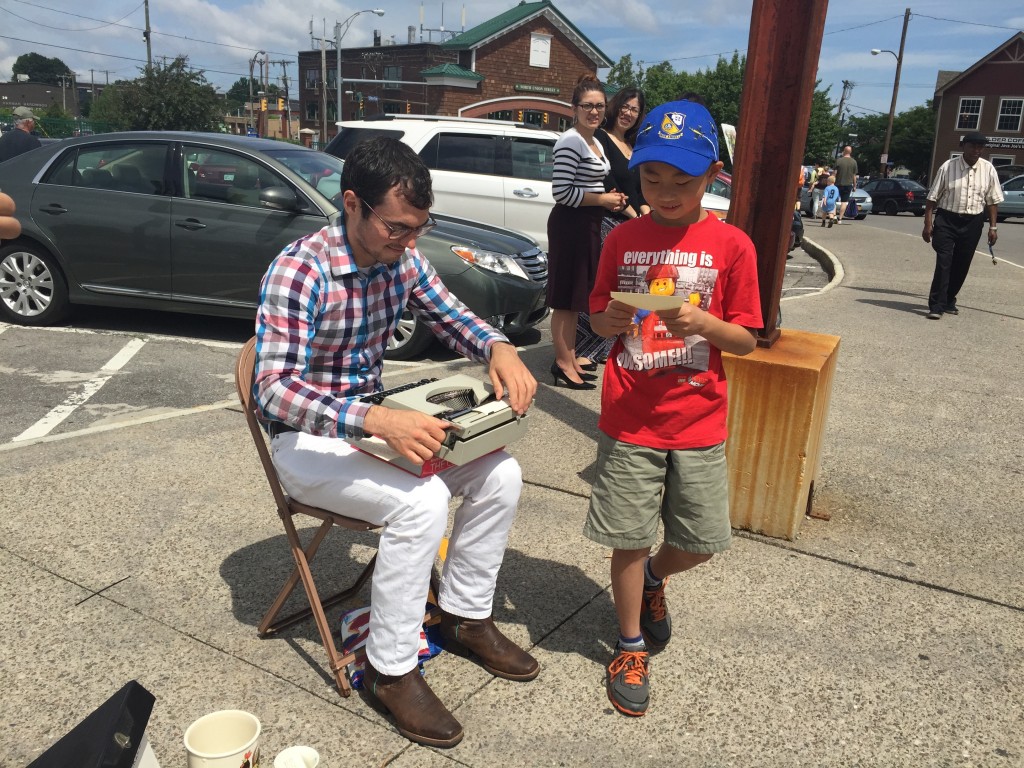 On top of conducting silicon nanomembrane research and being in the process of finishing his PhD, Karl has also been putting his English major from Allegheny to good use. Every Monday, Wednesday, and Friday, armed with a five-dollar typewriter, Karl posts himself outside in the Rochester community and, for 10 cents, will write anyone with the confidence to walk over and talk to him a short story about whatever it is they can think up. Karl and his stories were mentioned in a story by a USAToday, and Karl himself has his own personal website for his project called 10centstories.com. He even wrote a personal essay about the project that The Toast then published on their site.  The people of Rochester have prompted Karl to write with a wide variety of requests.  One person asked Karl to, “Write me a story about how much I love my Granddaughter” while someone else asked for a story about the world’s last Dodo.

Karl also attributes his acceptance into the University of Rochester to his English education at Allegheny College: “I’m convinced that my cover letter is what actually got me into grad school, given that I had no background in Biology at all. I actually talked about an essay I’d written for one of my English classes in the letter.”