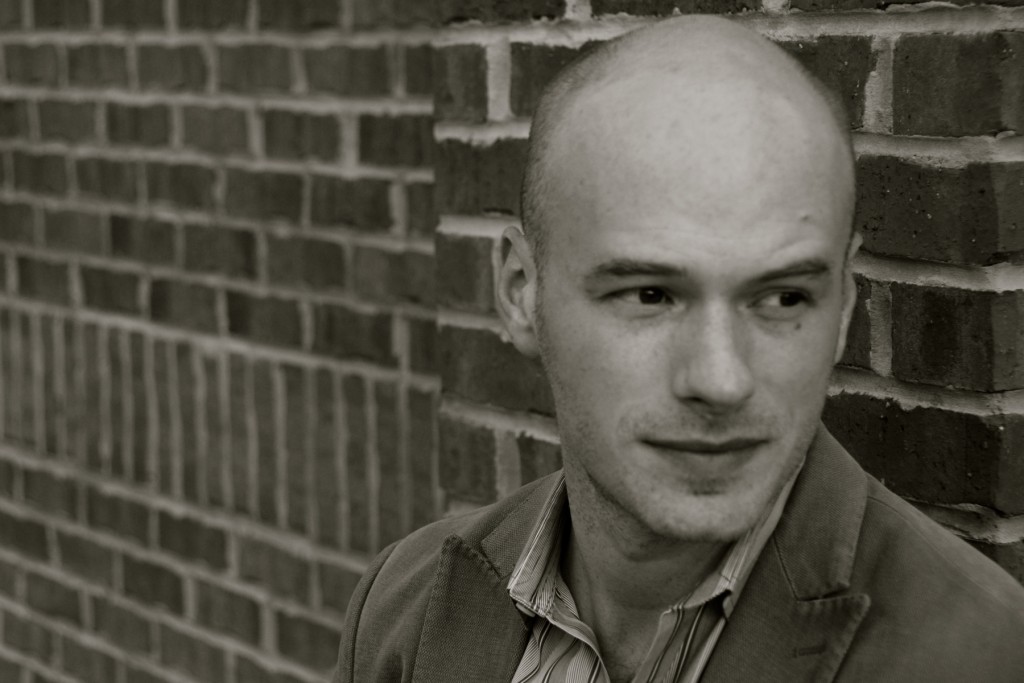 Describing himself as an English major who initially had “vague aspirations to become a lawyer… who played hockey and wrote poetry but never showed it to anyone,” James Davis May, ’04, drastically changed his professional ambitions after enrolling in a poetry writing workshop class at Allegheny as an undergraduate. “[T]hat workshop, and the workshop I
took after it, settled things for me: all I wanted to do was to find ways to discuss and write poetry as much as possible,” recalls May, now a poet in his own right and an English professor at Young Harris College.

May, who earned his MFA at the University of Houston and his Ph.D. at Georgia State University, found the English major at Allegheny to be excellent preparation for his graduate work:

“The English major is very demanding, and that’s a good thing. Whereas a lot of other undergraduate programs let their creative writers skip, or mostly skip, taking literature classes, Allegheny’s degree requires—rightfully so—that poets and writers understand the tradition of their craft. So, by the time I landed in graduate school, I had already taken intense classes in the subjects I was studying. Don’t get me wrong: I had a lot to learn, but Allegheny taught me how to learn it.”

Not only did May learn how to learn, he also learned how to teach. “My professors at Allegheny… provided me with perfect—not to mention impossible—models to follow, and I strive to be as generous and engaging as they were,” said May, who teaches courses in literature and creative writing at Young Harris, and has helped to launch the Creative Writing major. Just two years old, Creative Writing is “one of the fastest—if not the fastest—growing majors on [the Young Harris] campus,” May proudly proclaimed.

Like his Allegheny professors, May not only teaches undergraduates to hone their craft, he carefully crafts and publishes his own creative work. His first book of poetry, Unquiet Things, was published this year by Louisiana State University Press as part of the Goat Island Poetry Series, an imprint founded and edited by the late Claudia Emerson. Poems from this manuscript have appeared in Five Points, The Missouri Review, New England Review, The New Republic, and The Southern Review. His work was also selected by Tracy K. Smith for The Best New Poets anthology.

“As I see it,” said May, “there’s another important aspect to having a solid foundation in the tradition of one’s craft: it teaches humility. A poet who reads, say, Elizabeth Bishop and admires how carefully chiseled her poems are will be less satisfied with his own work than will a writer who reads only contemporary writers. While dissatisfaction may not sound like a positive trait, I believe it’s one of the most important emotions for a writer to both learn and accept. Publishing is important, yes, but it can also be a trap: once you send that poem (or book) out into the world, it’s out of your hands.”