Traditional route to college doesn’t work for everyone 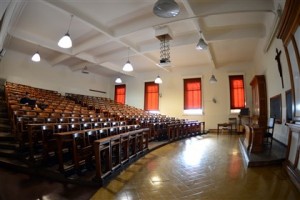 Gabriel Bouys/AFP/Getty Images
According to the National Center for Education Statistics, the 2011 graduation rate was 59 percent within six years for full-time, first-time students who began pursuing a bachelor’‍s degree at a four-year degree-granting institution in fall 2005.

“What do you want to be when you grow up?” Most people have different answers to that question as they mature. When you graduate from high school, still a teen, society expects you to have that answer. After at least 13 years of school, you must immediately know your purpose.

Some people have no problem determining their future.

It seems as if their destiny is mapped out for them from the moment they exit the womb. They have a particular strength or passion that they work hard at, and this leads to a fulfilling career.

For many of us, that one life-long ambition isn‘‍t as easily determined. Many start college and don’‍t finish even six years later. According to the National Center for Education Statistics, the 2011 graduation rate was 59 percent within six years for full-time, first-time students who began pursuing a bachelor’‍s degree at a four-year degree-granting institution in the fall of 2005.

I tried the traditional route. I attended Gannon University in Erie immediately after graduation from Karns City Area High School. My goal was to become a doctor and make lots of money. My reality was that although I had taken advanced science and math classes in high school, I struggled with those subjects. By sophomore year of college, I found myself in over my head. I changed majors, but lacking a goal, I eventually just gave up. 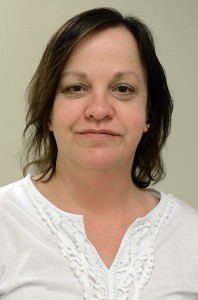 Then life happened. I met my husband, had four children, held different jobs — typically caring for others — and the years went by quickly.

As my children grew, I used my own experience and advice from a wise teacher to guide my children as they decided what they wanted to be when they grew up. Each of my three sons found a personal strength during their high school years and followed that path. Each of them got a college degree, including two master‘‍s degrees. Their careers are in the beginning stages, but their futures look bright. My daughter is in the process of discovering her strengths and will have my support and guidance.

Three years ago, the possibility of returning to the classroom became a reality for me.

I won a scholarship from Allegheny College in Meadville. As I chose my classes, I followed the advice I had given my children. A professor at my interview said that I had strong writing skills, so I started with freshman English and proceeded from that to journalism. I plan to add photography and other media skills to my resume. A bachelor’‍s degree is a goal that I will achieve, even if it takes a while. A new career, doing something that I love, would be a dream come true.

Changing careers is much more common in today‘‍s society than it was in the past. Many people, with or without a college degree, find themselves returning to the classroom out of necessity and/or the desire for a new career. Nontraditional students are a growing trend on many campuses.

Returning to a college classroom, or experiencing one for the first time, at an “older” age can be intimidating. Once you get beyond that insecurity, it can also be easier than it is for some of your younger classmates.

Older students don’‍t have the concerns and pressures that many typical students have. Partying, extracurricular activities and social acceptance don‘‍t get in the way of learning. When your sole focus is not on your social life or your GPA, you are free to learn and absorb information and get the most from your education.

Deciding what to do when you grow up is a big decision. Give it the consideration it deserves. When furthering your education becomes a goal in getting to where you want to go, then devote your efforts to that. Always be open to opportunities and never stop learning. Life is what you make of it. You’‍re never too old.

Lorri Drumm of Springboro, Crawford County, who was a summer intern at the Post-Gazette, is a junior at Allegheny College. She can be reached at localnews@post-gazette.com.