Lorri Drumm relied on her love for storytelling to get her where she is today. 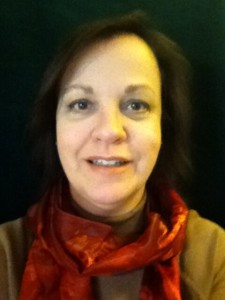 She intended to become a doctor, so directly out of high school she attended Gannon University while majoring in Biology.

After three years at Gannon, she realized that college wasn’t a great idea and it was difficult.

“I didn’t really have a purpose. I thought that it was pointless and it was hard so what is the point when I don’t have any clue? My parents pushed me and just wanted me to get a degree in something,” Lorri said.

After Gannon University, Lorri spent about 30 years working in the healthcare industry while also starting her family. In 2012, Lorri learned about the Nancy Sheridan Continuing Education Scholarship that the Allegheny College Association (ACA) has presented since 1973.

The ACA and Allegheny College have collaborated to offer a limited number of scholarships to Crawford County women for part-time enrollment at the college for one year to help empower women and provide them an opportunity to broaden their educational experiences.

After receiving the scholarship at Allegheny, she was excited because she knew how many women have applied for it.

“The opportunity is narrow each year,” Lorri said. “The scholarship allows women to take a maximum of 12 credits to get their foot back in the door if they have been out of school or have never had the chance to attend college.”

During her first year at Allegheny, she took mostly English classes until she heard about the Journalism program.

“Something popped up on Facebook about Cheryl Hatch and journalism being a minor and I thought, hey I want to try that. It really sparked my interest.”

She took a couple classes in the Journalism in the Public Interest program while writing articles for The Campus.

“I took the news writing and multimedia journalism classes and focused on writing a couple feature pieces,” Lorri said.

After her first year at Allegheny, she earned the opportunity to come back for another two years through the scholarship program.

During her third year, she earned an internship with the Pittsburgh Post-Gazette where she covered mostly features stories.

“I filled out an application not thinking I would get it, and I didn’t really think I always wanted to be a journalist. My reading and writing skill led to my interest in journalism and it snowballed from there,” Lorri said.

While at the Pittsburgh Post-Gazette, she learned about a grant program through Allegheny College and the Active Aging Inc. called the Lifelong Learning Institute.

After her newspaper internship, she interned at the center in Meadville, where she promoted the program and ran free classes for senior citizens around the area.

In March 2015, she started writing full-time at The Meadville Tribune where she is now one of three full-time reporters.

She covers a beat that includes Vernon Township and PENNCREST and she also covers everything that’s of interest to the people who read the paper.

“I love being a storyteller. I get to make a story out of everything I’m covering,” Lorri said.

She said if it weren’t for Allegheny College, Cheryl Hatch and the Journalism in the Public Interest program that she wouldn’t be where she is at today.

“Everything about Allegheny College changed my life. It helped me learn to take chances and realize my strengths that I didn’t know I had and allowed me to change my career path to have a job I really enjoy and help me get better everyday,” Lorri said.

“Journalism is an ever-changing field. Technology is moving in and I think it’s really important to remember no matter how we receive our news, whether it’s on a piece of paper or on a cell phone, it’s important that it’s accurate. There will always be a need for professional journalists and I think it will be an important field as long as it’s around.”