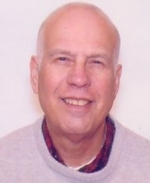 In September 2004, I received a message from Shaun Murphree, who told me he was helping to organize a day at Allegheny around the connection between the liberal arts and industrial chemistry. He asked if I might be interested in delivering the keynote lecture to a general audience.

Shaun told me that he had a copy of a book I co-wrote with Harold Wittcoff in which we had taken a storytelling approach to discovering the principles of organic chemistry in the practice of the chemical industry. His invitation elicited a feeling associated with the joy of recognition, which we all love, but it was quickly followed by a sense of dread: How was I going to pull this off?

Invitations to speak about the research we do at the Polytechnic University are easier to fill. We simply hang the talk on all that science. But this kind of lecture is something else indeed—a general audience waiting to hear something of interest beyond the confines of scientific work.

I felt a bit the way a student at Allegheny College might feel having just been given a term paper that requires thinking. Whoops, I have to do some work for this one. In fact, as I was to discover, the task Professor Murphree gave me was precisely in line with the educational model on which Allegheny College is centered: ask the students to reach out and learn to learn.

This is what I found when I finally did come to campus, on April 7, and had the pleasure of spending the day in individual visits with many of the chemistry and physics faculty. I learned how world-class research can be carried out with undergraduate students at this very special college.

I saw how much effort was put into obtaining resources for supplies and equipment. In getting students involved in the creation of new knowledge, the faculty is asking a great deal of these young people, and in those considerable numbers of students I met I could see the result—enthusiasm for learning new things. What else should college be about?

I had offered to deliver a lecture during the day to chemistry and physics students and faculty. I was happy Shaun had accepted my offer, because it allowed me to come into direct contact with students as I talked about the new research ideas on my mind.

What a marvelous atmosphere I found: an atmosphere energized by smart, probing questions. I realized early in the day that this college was attracting very smart students and offering them close faculty contact and access to modern equipment. I hang around large universities and research institutes so much that I had forgotten the advantages of a small excellent college. The visit turned my head around.

Just as these students were greatly benefiting by what was being asked of them and what they were exposed to, I benefited from the same educational model when Shaun presented me with the seemingly impossible task of giving a keynote lecture to a general audience.

Shaun’s challenge forced me to see that the fundamental idea behind my book with Harold Wittcoff was to teach organic chemistry the way students are taught the classic subjects of the liberal arts. Just as the best way to understand the creative power of poetry is to take apart a poem such as Emily Dickinson’s “A Bird Came Down the Walk,” what Harold Wittcoff and I had done in our book was to start with organic chemistry as it is practiced and then move backward to general principles.

Was Shaun my professor in seeing this before I did? Had I become a student of Allegheny College?

My keynote talk at Allegheny was titled “Learning Organic Chemistry Backwards,” which was received with intelligent questions and intense interest. Professor Murphree had succeeded in my education. I have now presented the idea from that talk elsewhere and am thinking of taking it to new horizons, which I believe would not have occurred without that invitation to Allegheny College.

I also got to see Richard Cook and his wife, Terry Lahti, at Allegheny. I first met Richard when he was an enthusiastic young student at the University of Michigan who attracted my attention in a laboratory course and whom I asked to help me with research. Little did I know that in bringing Richard into my lab I was undertaking an educational model that has proven so successful in the college he would head as president more than thirty-five years later: place students in a position to learn, give them the outstanding resources of a college like Allegheny, and let them loose.

Mark M. Green is a professor in the Othmer Department of Chemical and Biological Sciences and Engineering at Polytechnic University in Brooklyn, New York.

This article was featured in the Summer 2005 Issue of Allegheny College Magazine.