An Agent of Service

In the wake of the Columbine tragedy, some of the student victims said it happened because “nobody listens to us,” a youthful sentiment echoed across the country. Twice a week, John Kelso and other Kiwanis volunteers are doing something about that. 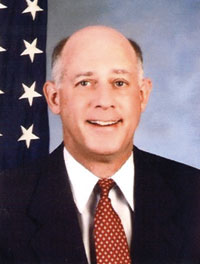 They man a “listening post” at South Brunswick (North Carolina) Middle School, where they lend a patient, non-judgmental ear to kids’ concerns. The larger Listening Post organization, founded twenty-seven years ago, trained them to do this without encroaching on the territory of school counselors or other authorities.

“The kids air a wide range of topics, some deeply serious, some light and trivial,” says Kelso. “But we treat every conversation as important, confidential, and worth hearing. Interest in our services runs high—on our first day last March, we were stunned to see eighty kids approach our table.”

Kelso’s “retirement” is all about service to his community. Not only is he certified as a volunteer firefighter, but he also takes part in an innovative youth justice system known as Teen Court. If a youth aged twelve to eighteen breaks either the criminal code or school rules, the local district attorney or school principal may direct the case to Teen Court. Here, a real-life adult judge or attorney presides, but all other participants are teens.

Kelso serves as an attorney mentor, advising the teens handling the defense or prosecution, while other Kiwanis members supervise jury deliberations. “Some of these kids plan to move into careers in the justice system,” says Kelso. “They take the process very seriously and hand down fair sentences having the same weight as verdicts in a juvenile court. Penalties imposed may be hours of community service, attendance at future teen court sessions, letters of apology to victims, and so forth. Most of the defendants do not return to crime—this exposure to a justice system they can respect is often all it takes to set them straight.”

In his working life, Kelso—who is also immediate past president of Allegheny’s Alumni Council—spent thirty-two years as a special agent in the FBI, handling all manner of investigations including kidnappings, bank robberies, corruption and fraud-by-wire cases, and terrorist threats. His final four years in the bureau were spent as chief of the Freedom of Information Act/Privacy Act section, with a staff of more than five hundred. Here he became known in the media as “the man who keeps the FBI’s secrets.”

Though dangerous adversaries and high-level responsibility were once part of his daily routine, Kelso sees no irony in his switch from the tough-as-nails mentality of fighting crime to the reasoned sympathy of Listening Post or the positive discipline of Teen Court.

“I’ve experienced so many blessings and such good fortune throughout my life,” he says. “It feels right to give something back.”