Mo Fiorina ’68 A Nation Not As Divided As We Think

If you ask the average American, she would tell you that we are a nation divided. The evidence for this comes in our newspapers, on the evening news, and in innumerable talk shows where we are told we are the fifty-fifty nation, a country clearly split between red and blue states.

Mo Fiorina ’68 is trying to debunk this notion. His widely read book Culture War? The Myth of a Polarized America makes the case that we are not nearly as divided as it often seems. 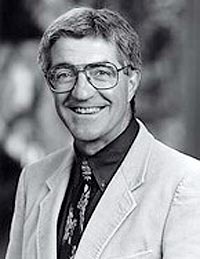 Though Fiorina is based at Stanford University, where he is professor of political science and a senior fellow with the Hoover Institution, he aims for an audience of rank-and-file Americans. His message is straightforward: the culture wars are a phenomenon found in the political circles of Washington and among political activists elsewhere in the country. But among ordinary Americans, the polarization doesn’t exist. “What we’re seeing on television is not at all reflective of the views of most of the people who are watching,” he says.

While there are issues on which Americans disagree-gay marriage would be one-these are not issues that are high on the list of important matters they want politicians to address. “People care about Iraq, terrorism, the economy, health care, and education,” Fiorina says. “They want to know if they will be able to afford health insurance. They want to know if this war is going to go on forever. Abortion, gay issues, gun control, and other ‘hot button’ issues are way down there [on their list of concerns]. If you look at most people’s views on gay marriage, they’re not that worried about it. One study during the last election had it fifteenth in importance out of sixteen issues the study asked about.”

But among the political classes, the divide does exist. “The political classes have always been more polarized than ordinary people,” Fiorina says. “This group includes political activists, party officials, major contributors, convention delegates, etc. But it’s only about ten percent or so of the country. These people have become more polarized than they were thirty years ago, but they constitute maybe ten to fifteen percent of the country.”

Several factors account for the increased polarization of this group, Fiorina says. A major one was the political realignment of the South, which weakened the conservative faction of the Democratic Party. The rise of the religious right and its alliance with the Republicans strengthened the socially conservative wing of the Republican Party. But as party elites grew more and more distinct and intense in their views, not many voters in the country followed their lead. “There’s a tendency to misperceive political differences,” says Fiorina. “When the book came out, I got a lot of e-mails from readers who said, ‘I thought I was alone in being a moderate.’ In fact, most Americans are moderate in their views. They’re tolerant. And they’re ambivalent about the issues. They don’t know what’s right. But in politics, it’s my way or the highway. The politicians don’t seek any middle ground.”

“We could cut a deal that would fix Social Security,” says Fiorina. “And in the past, we would have. But neither party wants to do that. They’d rather have the issue to run on.”

“If we elect a centrist president, I think we’d start to see some compromise on the issues,” he says. In this environment, a centrist would have a tough time winning either party’s nomination. But if a centrist did get the nomination, Fiorina says, “All other things being equal, the centrist would win.”

In the meantime, the country as a whole is paying a steep price for the unending feud between political factions. “The majority of people see a system that doesn’t address the issues they really care about,” says Fiorina. “That’s the consequence of this.”