Not very long after I became Dean of the College in 1999,I was confronted by an irate student who came to see me about being closed out of a Communication Arts course. She needed the class, she informed me, to complete a double major to go along with her double minor. I patiently responded that her enrollment was at the discretion of the instructor and that I would not intervene. She became more agitated and perhaps a bit disrespectful of my newly acquired office, although I maintained my dignity and politely heard her out. After twenty minutes of fruitless negotiations, she left disappointed as I returned to my computer screen and more pressing matters. 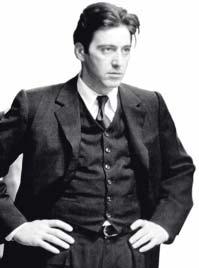 About half an hour later, Richard Cook called to ask if I could come to his office for a brief chat about the young lady who had taken her grievance directly to him. As I walked across the first floor of Bentley, I began to seethe at the student’s impudence and the president’s apparent criticism of my performance. But Richard wasn’t angry with my decision at all; rather, he wanted to know whether I had truly been discourteous by turning away before the student had quite left the room. Relieved but also chastened, I admitted that, yes, I had likely been a split second premature in returning to my e-mail. What followed was the first of several memorable and enjoyable conversations about our contrasting personal styles: my attitude appeared detached, even curt, his engaged, amiable; I was blunt, he was suggestive; my posture coiled as if to strike, his relaxed as if to welcome. Although we agreed about the relatively minor issue at hand, I remarked that I had come across as Al Pacino to his Jimmy Stewart. For a while thereafter, we signed our mutual correspondence “Al” and “Jimmy.”

I often recall that incident because it taught me several lessons, not least of which was to make certain guests have left the room before signaling my relief at their departure. My most enduring impression, however, was to recognize just how well suited Richard Cook was to the job of being President of Allegheny College. His character, I believe, matches almost perfectly the spirit of the institution I have known for the past thirty-five years. He is the hardest working colleague I have known, yet he goes about his business without fanfare or complaint, often (as trustees and alumni at Homecoming events will testify) with unabashed enthusiasm. Allegheny has always been a place where people work hard and play hard. He is bracingly intelligent and broadly educated—I still burn over a bet I lost to him on a point of English grammar—but also genuinely modest (because, he would say, he has much to be modest about). The College, like Richard, continues to carry its high academic distinctions lightly. He is also incredibly witty: his lightning riposte to a musical car horn that interrupted his first Commencement address—”Sounds like ‘Wipe-Out’!”—got a huge laugh and won lots of fans from my rock ‘n’ roll generation. As he leaves Allegheny, Richard’s tangible achievements have been well documented, his impact on the campus visible at nearly every turn. His mark on the lives of those who study and work here, while no less remarkable, remains more difficult to quantify.

For example, Richard presides over two annual events that have become red letter days on the academic calendar, as festive and much anticipated as the Super Bowl. After the first faculty meeting in September, he and Terry host a garden party that has grown into a joyful reunion for faculty, staff, and their families. The Cooks’ front lawn rivals Conneaut Lake Park in its heyday; neighborhood kids have successfully begged their way on to the grounds to enjoy the inflated slides and jungle gyms, the organized games, and special kids’ menu. The freeloading faculty, meanwhile, occupy the backyard consuming gourmet dishes and bottomless libations. Parking is the only problem. Last September I let a certain physics professor park in my driveway (I live around the corner). When I went to bed at midnight, I noticed his SUV was still there!

The other party that bears his mark is the holiday luncheon, an event that has doubled in size since Richard made it a mid-year celebration. Dressed in a hideous red-and-green plaid vest and Christmas tie, he manages to greet us all by name, usually with a personal quip or inquiry about our lives. Al Pacino is not noted for displays of school spirit and neither am I, but this gala, which brings together everyone who works at the College—perhaps 300 people gather in Schultz dining hall—makes me proud to be a part of Allegheny. The spirit of shared endeavor at that gathering can fairly be attributed to Richard’s leadership.

His strong presence has also helped us through some difficult times: the necessary budget cuts of his early years, a student’s tragic death on campus, the inevitable conflicts that surround policy and tenure decisions. Richard’s has been a calming, conciliatory voice, one that we have all come to trust. Perhaps the most important quality of leadership is the capacity to pay attention to every constituency, and Richard has remained, for twelve years, a most attentive president. He knows what happens in our classrooms, what we say in our books, and what we think about our workplace. I appreciate the personal notes on the birthday cards (“March Forth!” in my case), but even more I look forward to hearing from Richard about a former student of mine whom he met at an alumni function or reading a clipping he has sent me about my current research project. We all do.

No description of Richard Cook’s presidency can be complete without acknowledging the contributions of Terry Lahti. If Richard has been a great boss, Terry has been an even greater senior partner, his more ebullient alter ego. (I can recall how, on the occasion of my third consecutive dinner at the house, she threw her arms around me on the front steps as if I were her long lost brother.) Through her travels with Richard while expanding her own professional interests, her work with alumni and donors, her friendship with trustees, and her support of student recruitment as well as the causes of women on campus, she has proven to be the model of a working presidential spouse. As we bid them farewell, we may wonder how anyone can take Richard’s and Terry’s place at Allegheny, to which I say, let’s focus instead on how lucky we have been to have had them with us these past twelve years. Because of them, Allegheny’s future has never been brighter.

This article was featured in the Winter/Spring 2008 issue of Allegheny Magazine.