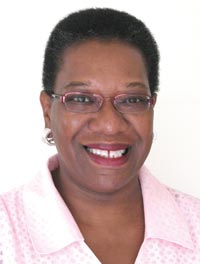 The 7.5 square miles that are Trenton, New Jersey, represent a world of opportunity for Pamela Sims Jones.

Like other small cities, New Jersey’s state capital faces its share of challenges: poverty, struggling neighborhoods, and a downtown devoid of people once the workday ends. “I couldn’t just sit back and not do anything,” says Sims Jones, who moved to Trenton in 1984.

The fellows also create sustainable initiatives to support work done by the area’s 600 nonprofit organizations, with Leadership Trenton alumni continuing to contribute their talents to them. more than 180 people have completed the program, which is part of the John S. Watson Institute for Public Policy at Thomas Edison State College.

A graduate of leadership Trenton’s inaugural class, Sims Jones took the helm in 2003 after two years with the New Jersey Department of State’s Martin Luther King, Jr. Commemorative Commission. She also brought sixteen years of experience with publishing firms red Sea Press and Africa World Press, which she represented at trade shows and with resellers around the globe.

World travel didn’t diminish Sims Jones’s commitment to her local community. She is the board secretary of the Trenton Area Soup Kitchen, board president of the Beyond Diversity resource Center, board chair of the New Jersey Coretta Scott King Humanitarian Group, and serves on her neighborhood’s civic association.

Indeed, for Sims Jones, neighborhood is much more than an abstract concept. Startled by the abundance of beautifully constructed–but vacant and dilapidated–homes in Trenton, she and three friends began to investigate how they might revitalize a city block. In the late 1980s, they formed a nonprofit organization, Bellevue restoration, and purchased city-owned houses on Bellevue Avenue for little or no cost.

“We started looking at families who wanted to be first-time home- owners and would be committed to the neighborhood,” says Sims Jones. State and federal funding helped with renovation expenses. But in their spare time Sims Jones and her friends also worked alongside the families buying the homes to gut them and prepare them for renovation.

With careful planning and hard work, they rehabilitated six homes, one of which Sims Jones and a friend purchased after a family decided late in the process not to move there. She and her husband, rodell, her high school sweetheart, still live in that house and remain involved in efforts to beautify the neighborhood.

“I love when I see good works bringing about good results,” says Sims Jones. “I always tell people, ‘You do what you can with what you have. Don’t ever think that you can’t make a change–because you can.'”