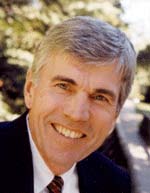 Many environmentalists have realized that entrepreneurs and successful businesses are essential for advancing human welfare and ecological sustainability. And business increasingly recognizes that short-term profit at the expense of a healthy ecosystem and sustainable economy is a recipe for failure. Nonetheless, tensions and disagreements remain around important economic and environmental issues that must be understood and negotiated into public policy.

There is no better illustration of this than the long debate over global climate change. Because the economic, social, and ecological stakes are potentially enormous, the rhetoric has sometimes been shrill. A scientific advisory board warned as early as 1965 that human-caused rises in carbon dioxide levels in the earth’s atmosphere, if left unchecked, would lead to marked changes in climate by 2000. Only in the intervening years have data and climate models become sufficiently compelling to spur widespread agreement and calls to action. The 113-nation Intergovernmental Panel on Climate Change, comprising 1,200 of the world’s foremost experts, recently issued a highly publicized report that removes any serious doubt about the causes and range of effects of global climate change. The growing consensus includes not only researchers but also Fortune 500 executives, Republicans and Democrats, and heads of government. What remains to be determined is not if climate change is already on a centuries-long course into the future, but what we will do and when to mitigate the potentially disastrous ecological and societal effects.

Allegheny has assumed two leadership roles on climate change. The first, established by a multi-disciplinary group of faculty and students, is the Allegheny College Climate Change Initiative, part of a national effort. The second is our joining with seventy other colleges and universities to form the Leadership Circle of the American College & University Presidents Climate Commitment—a movement expected to attract at least a thousand institutions of higher education in the coming months. These initiatives will raise awareness of the importance of this public policy issue as well as ensure that Allegheny gets its own house in order in regard to energy and material use and “carbon footprint.” These actions are entirely consistent with our Board’s pacesetting Environmental Guiding Principles and the goals of Allegheny’s Presidential Task Force on Environmental Responsibility.

Colleges and universities play a vital role in this complex combination of natural and social science. Research conducted at institutions of higher education often foresees important questions and seeks answers vital to the future of our society and our planet. Biology, chemistry, economics, political science, and other disciplines—independently and increasingly in combination—provide the data, models, and analysis that business, environmentalists, and policymakers need. Colleges and universities also provide an important forum for debate, deliberation, and collaboration with business entrepreneurs and political leaders. Campuses should be places where business and environmental values not only co-exist but flourish together in ways that point toward a future worth living for all. In this case, that points to creative technologies (leading to jobs and profits), efficiency of materials and energy production and use (and more jobs and profits), communitycentered lifestyles, and international solutions.

As illustrated elsewhere in this issue, Allegheny College has long been a leader in examining ecological and social issues in an interdisciplinary context. At a meeting in New York, I was pleased to hear an officer of a prominent foundation say that he is unaware of any other undergraduate college that has made such a commitment to and has been so successful with its environmental science and environmental studies programs. Our reach includes local and regional economic development as well as pure and applied research and teaching. The future of economic development and preservation of the earth’s remarkable ability to provide for life within the hostile confines of outer space will soon lie in our students’ hands. Thanks to a talented faculty and strong instit;utional traditions and values, they will be superbly prepared for lives of innovative leadership and service.

In his earlier life, Dr. Cook was a chemistry professor whose specialty was the intersection of science and public policy. Following his work related to the Love Canal waste depository in Niagara Falls, he became vice-chair of the Michigan Toxic Substance Control Commission and was later appointed to the Governor’s Environmental Science Advisory Board.